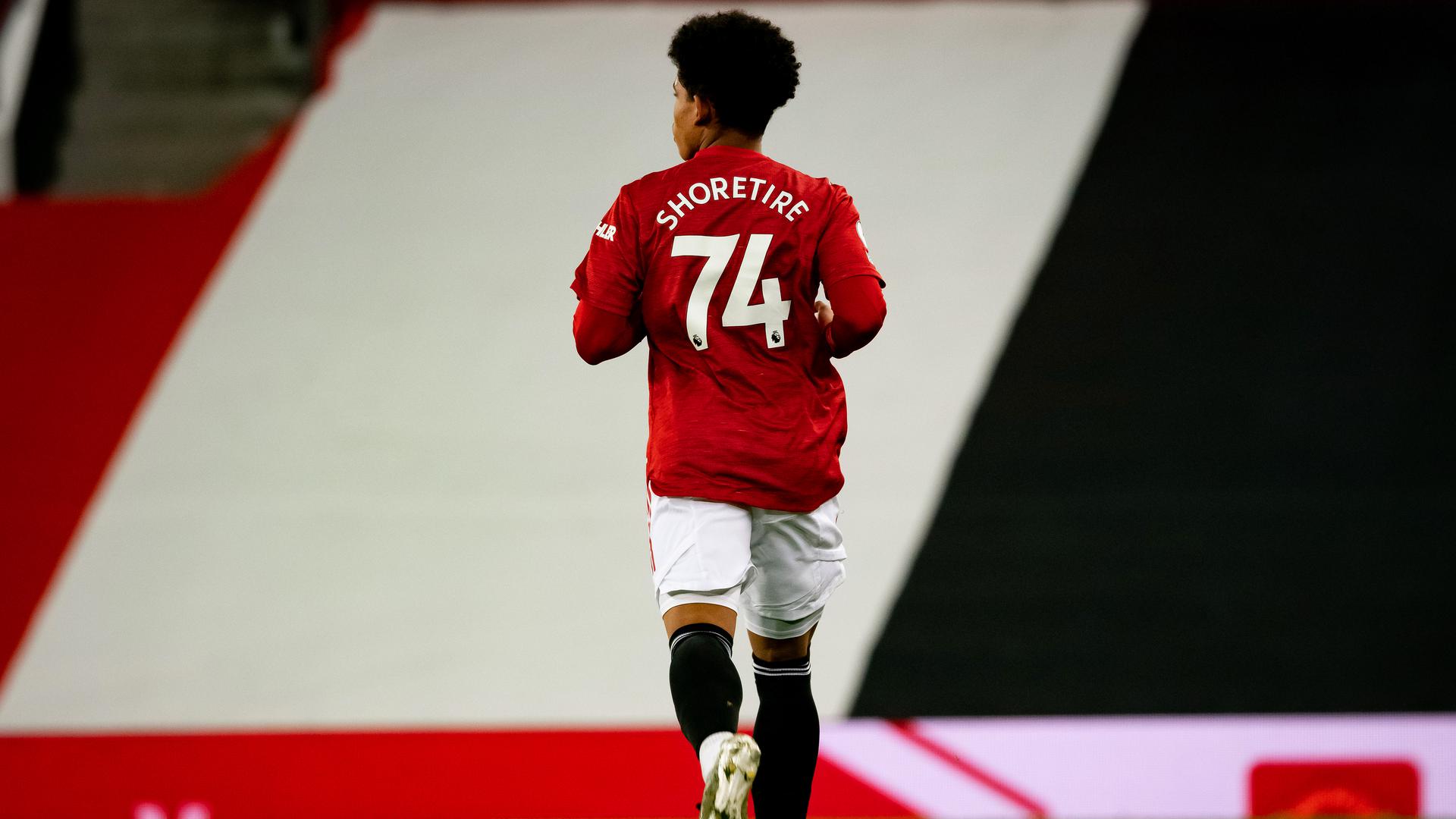 Clubs must submit unique squad numbers for the Papa John’s Trophy, where Under-21s teams play against professional sides, and Ethan Laird (41), D’Mani Mellor (49), Ethan Galbraith (54), Di’Shon Bernard (58), Largie Ramazani (59) and Dylan Levitt (63) all wore theirs when brought into the senior set-up in Kazakhstan.

Tim Fosu-Mensah (51), Brandon Williams (53) and Mason Greenwood (54) also sported unusual figures at the dawn of their Reds careers, before moving up the list. Greenwood, for example, wore no.26 last season before being awarded the famous no.11 at the beginning of the current term.

Meanwhile, Tobin Heath wears the no.77 for our Women’s side.

Despite assuring his place in club history, Shoretire is still some way off the overall Premier League record, currently held by Arsenal’s highly rated Bukayo Saka.

The versatile England international wore no.87 on his top-flight debut for the Gunners, back in January 2019, before moving to no.77 and then his current no.7.