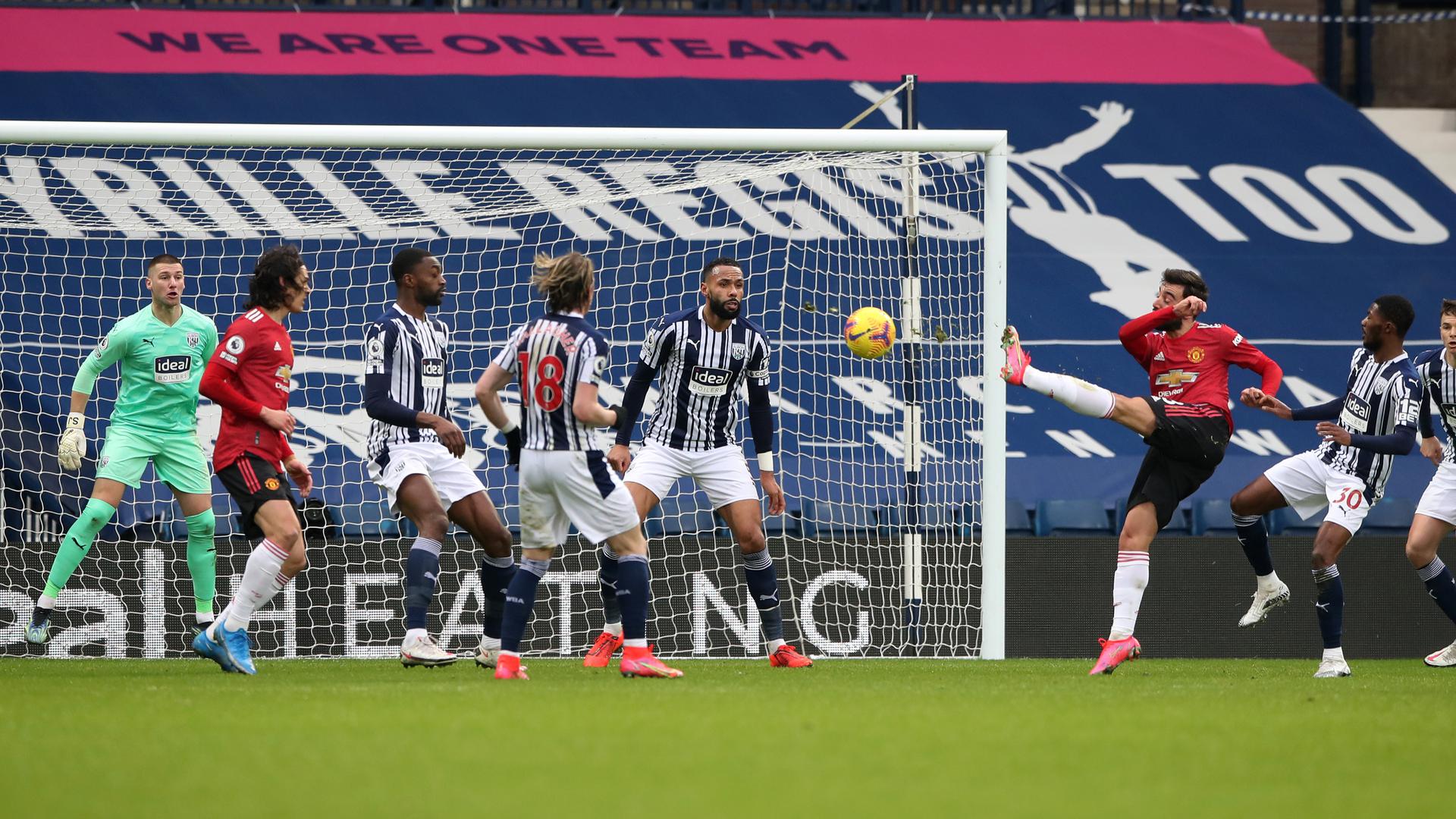 Mbaye Diagne put Sam Allardyce’s side ahead inside two minutes with a close-range header, before Bruno Fernandes slammed home a fantastic volley from a Luke Shaw cross just before half-time.

Referee Craig Pawson pointed to the spot after the break when Harry Maguire was brought down by Semi Ajayi, but, after consulting the pitch-side monitor, he overturned his own decision.

Diagne had a couple of late chances for the Baggies and Maguire was so unlucky not to win it for the Reds in the dying seconds with a goalbound header, but a combination of Sam Johnstone and the post prevented it going in.

Watch the best of the action above and see post-match reaction from Ole and Harry Maguire below.