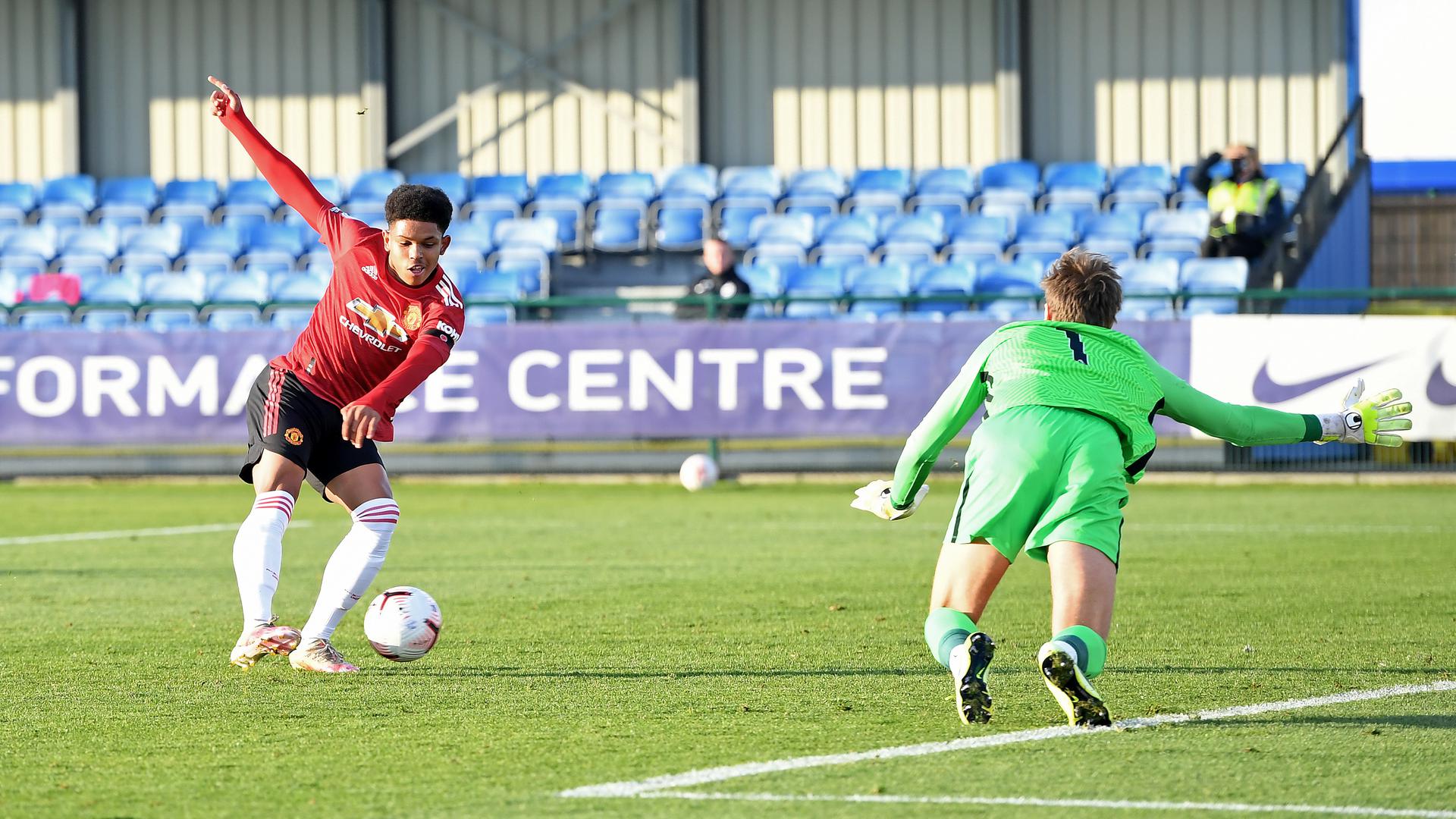 Hannibal got the ball rolling in the eighth minute, running onto a through ball by Arnau Puigmal to prod home his third goal of the season, with his right foot. It came after Ethan Galbraith and Anthony Elanga had dangerous shots in the previous attack.

Brighton’s forays into United’s territory were, it has to be said, quite rare but it was on one of those sporadic visits into Paul Woolston’s area – just three minutes after Hannibal’s opener – that midfielder Teddy Jenks had a good chance to level the scores but his connection with a lofted ball wasn’t sweet enough.

Had he put that away, it could have easily changed the course of the game but, from that point on, United embarked on a spell of football that was to put us in a very comfortable position by the break.

Alvaro Fernandez and Mark Helm could have added to the tally before the third was the result of a wonderful team move. Hannibal and Elanga were involved in releasing raiding wing-back Puigmal and he provided a measured ball into the box for Helm to stroke home.

Brighton’s Jenks had a goal disallowed for offside just before the break.