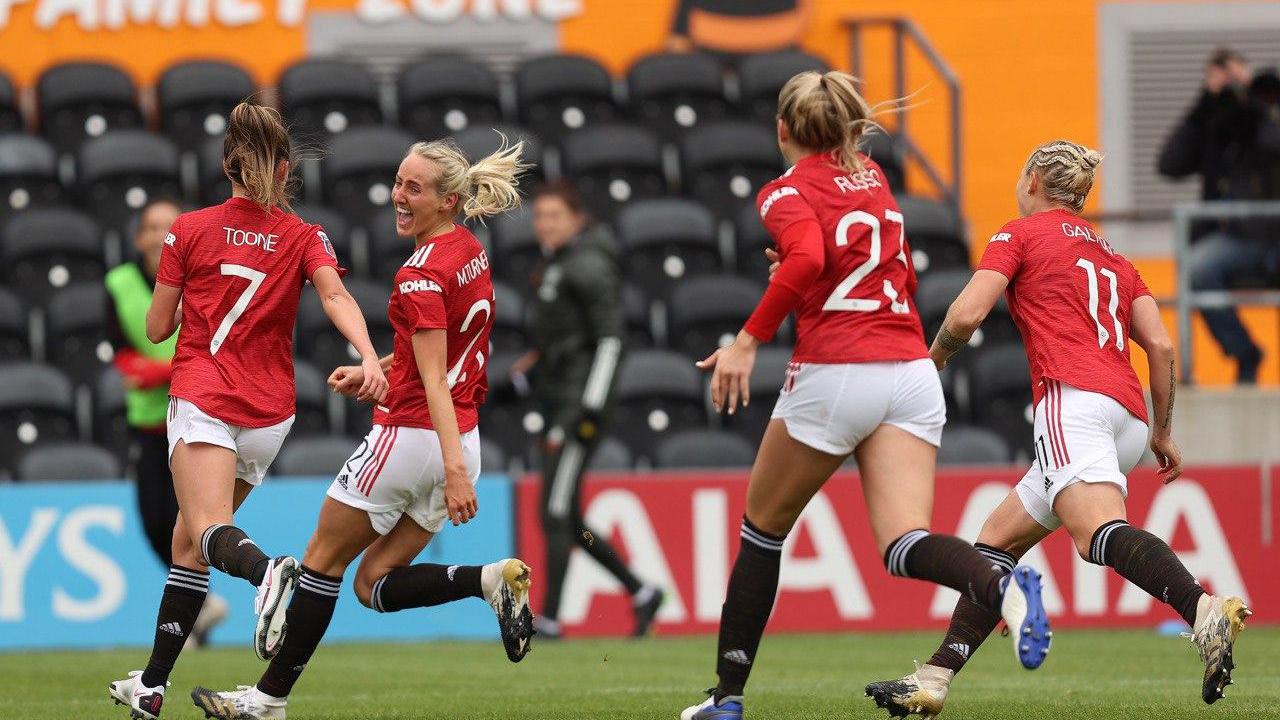 Stoney opted for a change during the interval, bringing on Ella Toone for Hayley Ladd. Ten minutes into the half, Press was replaced by Kirsty Hanson. Shortly after, Zelem found Galton with a well-worked free-kick and the full-back put in a dangerous cross to the far post which was headed out for a corner, which came to nothing.

Midway through the second half, Abbie McManus won the ball back with a strong tackle and the ball ended up at the feet of Russo who burst forward towards the Spurs box. A well-driven shot from the corner of the area was again stopped by Spencer, who pulled off another good save to deny Stoney’s side.

From the following corner, United finally got a breakthrough goal through Millie Turner. The corner to the back post was met with a looping header into the bottom far corner, making it 1-0 to the away side.