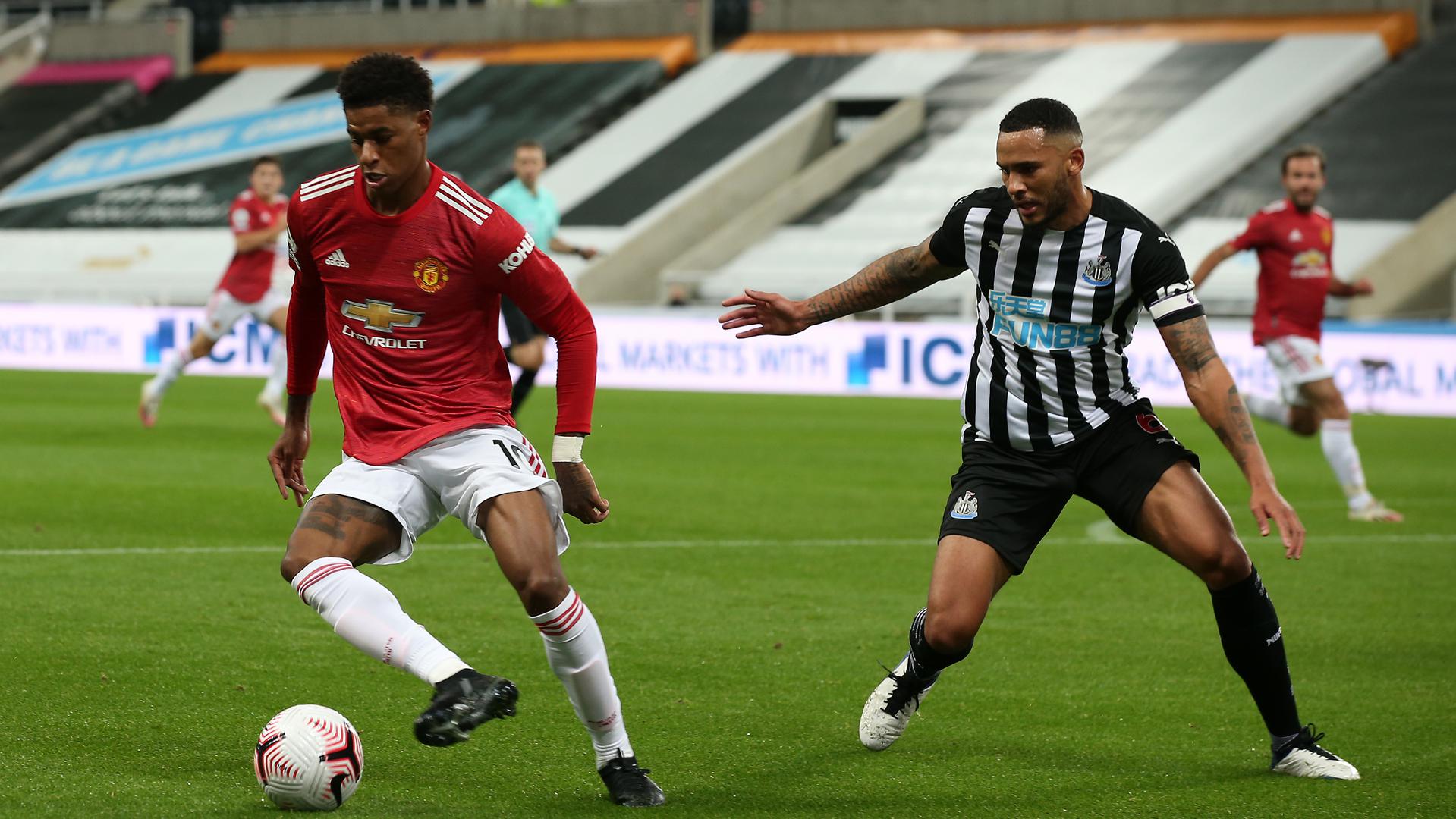 There was talk Maguire would be left out, after being sent off for England against Denmark in midweek, and sustaining a knock beforehand. Instead, the centre-back showed his mettle by heading in the equaliser. It may have been his first in the Premier League since February, at Chelsea, but he was unlucky when Lewis Dunk was instead deemed to have put through his own net at Brighton & Hove Albion, under Harry’s strong challenge. The defender also scored in former club Leicester City’s win here in September 2018 and is looking a menace at set-pieces. He was also upset to miss a great chance in the game here last season so atoned this time around. After a week in the spotlight, this was the perfect riposte to his critics – scoring the sort of goal we saw the Newcastle boss Steve Bruce net during his stay at Old Trafford. Harry also had an effort cleared off the line by Jonjo Shelvey and fired just wide after the break.

Juan has a fine record against Newcastle, indeed he has been directly involved in more goals against them (nine) than any other team in the Premier League. The corner for Maguire’s header was his fifth assist and he has scored four times against the Tynesiders. After his Carabao Cup exploits, September’s Player of the Month now has two goals and two assists this term and he was excellent throughout on Saturday evening.