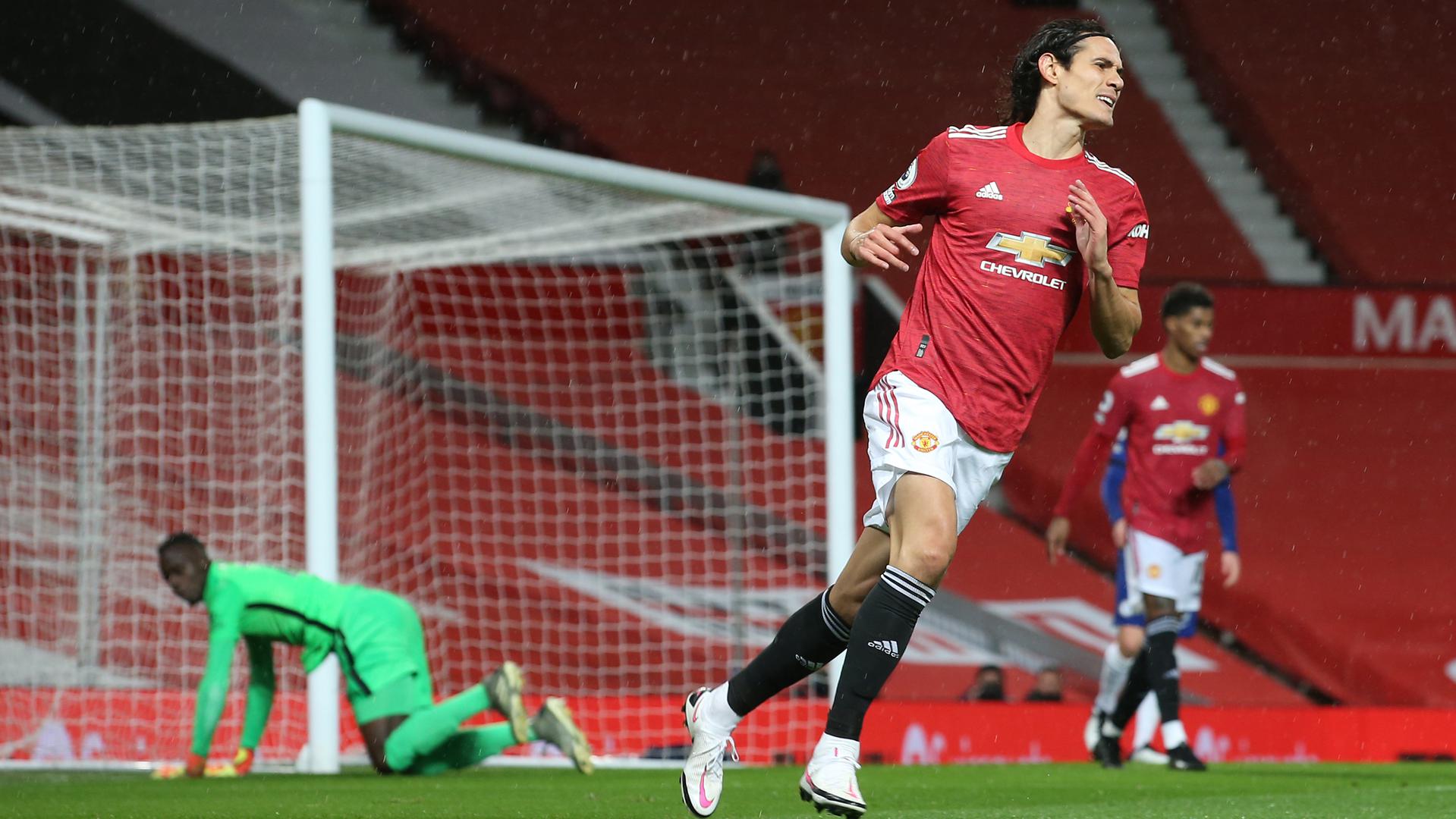 Our deadline-day signing made his United bow in the 0-0 Premier League draw with Chelsea at Old Trafford on Saturday, when he came on as an early second-half substitute for Daniel James.

The 33-year-old began his United career in the 57th minute of the stalemate, and just a minute into his debut was almost celebrating opening his Reds account.

The former Paris Saint-Germain, Palermo and Napoli hitman, who has scored 341 club goals since moving to Europe from South America in 2007, expertly nicked Bruno Fernandes’s whipped-in cross at the corner of the six-yard area, but agonisingly saw it glide just millimetres the wrong side of Chelsea’s near post and into the side-netting.