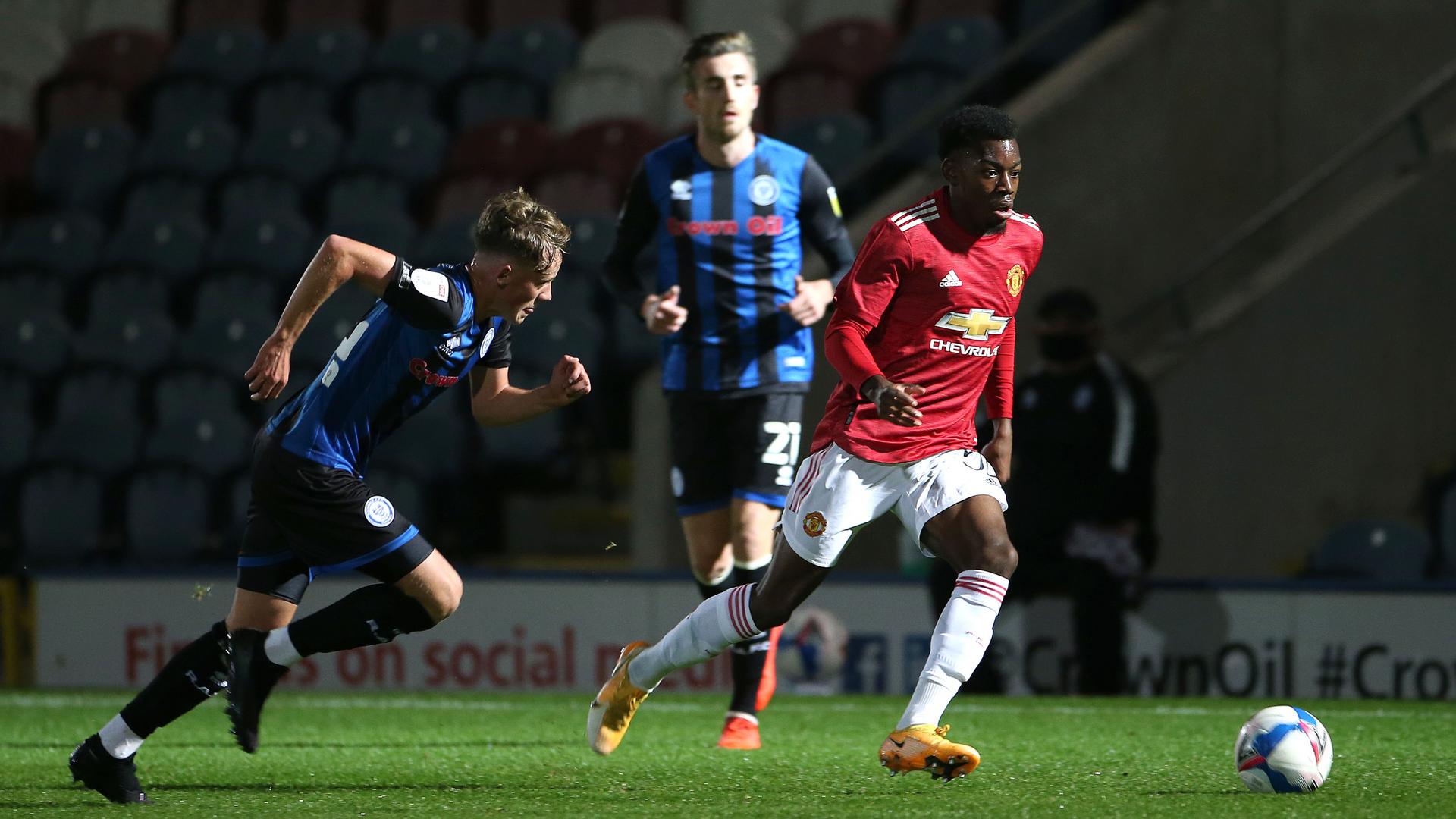 The hosts came out for the second half with real vigour and looked set to go in front when they were awarded a penalty for Ercolani’s foul on Hopper. Morley took on the chance but Mastny dived to his right to pull off a great save, and then was up quickly to repel the rebound from the home skipper.

Mastny also had to be alert to thwart Tavares but United replied with a well-struck free-kick by Hannibal that brought the best out of Lynch, who saved superbly.

As the tie reached its critical phase, former Red Oli Rathbone, on as a substitute, hit a post from a tight angle after a Jimmy Keohane shot was parried by Mastny but, again, the Reds responded, with Ercolani heading wide from Martin Svidersky’s disguised centre. Hugill was then able to keep his finish down when being set up by Norwegian substitute Isak Hansen.

It could have gone either way in the end, with Alex Newby shooting just wide before Hugill did well to work an opening from a Hannibal pass, only for his effort to be blocked. So it went to penalties to decide who got the extra point, and Mastny came up trumps with his saves from Morley and Hopper.