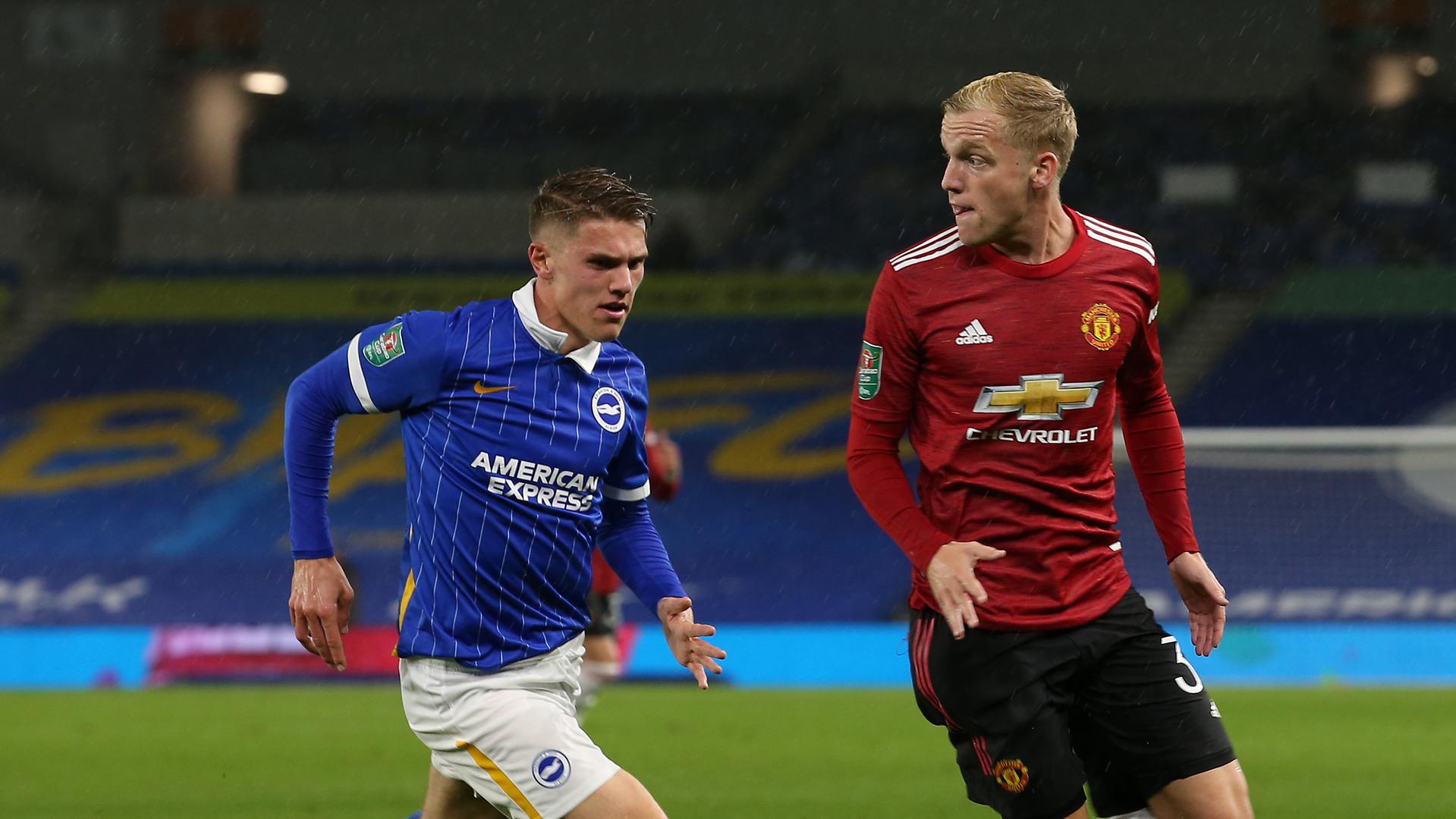 FIRST HALF – REDS END THE HALF ON TOP

Amid the driving rain, United started brightly and strung together a lovely move on 17 minutes when Mata spread a brilliant ball out to Brandon Williams on the left. The youngster returned the favour, finding our captain for the night in the box. The Spaniard’s first time cross into Odion Ighalo led to the striker taking the ball around Brighton stopper Jason Steele but firing just wide.

The hosts took a while to get going but Dean Henderson was alert to the danger when Alireza Jahanbakhsh fired a low curler goalwards from outside the box. Fred did the same at the other end but Steele claimed it.

Alexis Mac Allister and Jahanbakhsh each took aim before half-time, but both efforts flew over Henderson’s crossbar.

A minute before the break, the Reds went ahead through McTominay. After being felled by Dan Burn, who earned a booking for his foul, Mata dusted himself down and curled in a precise cross for McTominay to clinically head home for United.