Manchester United boss Jose Mourinho may have been frustrated not to collect all three points against Hull City but it did preserve their impressive unbeaten run at least.

The Red Devils have now gone 14 games without suffering defeat in the Premier League, with their last loss in England’s top flight coming at the hands of Chelsea back in October.

Mourinho’s men can even boast the best current unbeaten record of Europe’s top-five leagues, with the latest draw edging them past Barcelona (13) at the top.

The next best Premier League side in the top five is Tottenham (eight), while Napoli are in third having gone 11 games without losing the league.

United’s unbeaten run in all competitions had stretched to 17 matches before they were defeated 2-1 by Hull City in the EFL Cup semi-final second leg.

That result wasn’t enough to stop them reaching Wembley, although it did mean they missed out on the chance of moving joint sixth in the all-time list of the club’s unbeaten runs.

Premier League Team of the Week 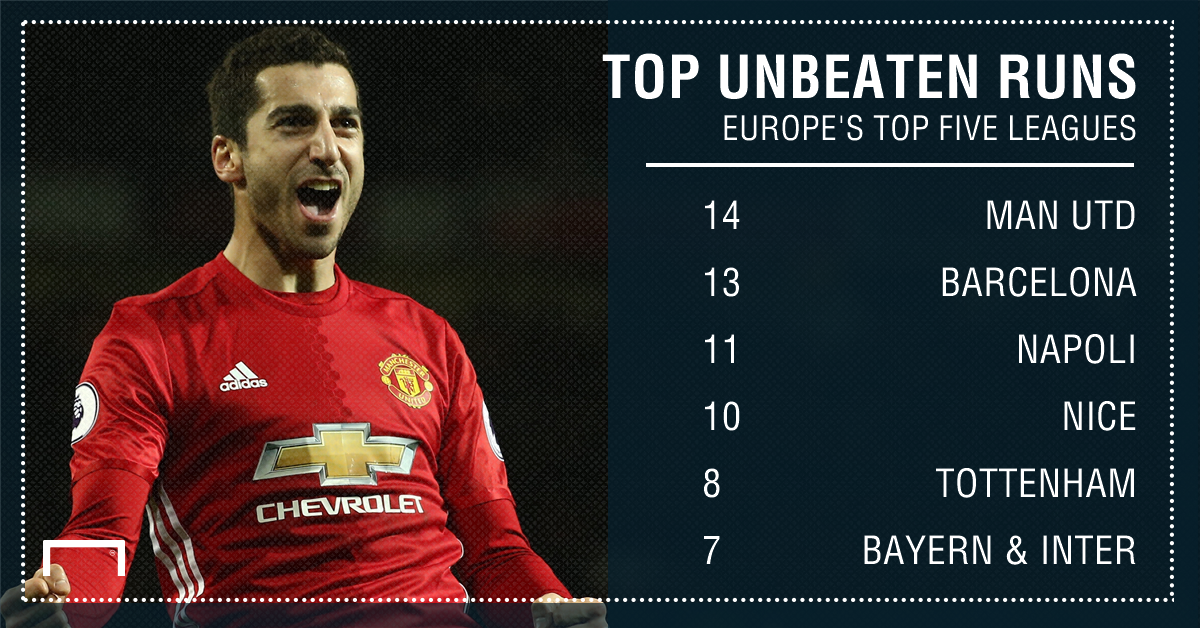 Mourinho’s side now travel to Leicester City on Sunday as they look to make it 15 games unbeaten in the league and keep pace with the likes of Manchester City and Liverpool in the top-four race.

Indeed, United could have moved to within three points of second-placed Tottenham had they beaten Hull on Wednesday night, with the point meaning they remain four behind Pep Guardiola’s City in fourth.