Antoine Griezmann has been linked with Manchester United, but Phil Neville is backing Marcus Rashford to reach the same level.

Phil Neville believes Manchester United’s Marcus Rashford can become as good as Antoine Griezmann in the next two or three years.

Atletico Madrid’s Griezmann has been heavily linked with a move to United, partly due to his friendship with Old Trafford star Paul Pogba.

However, Neville sees 19-year-old Rashford – the pick of the club’s recent academy graduates – reaching the France international’s level in the near future.

“Marcus Rashford is good enough,” he told The Times. “Marcus will need challenging all the time because he’s got so much ability.

“You have got to be inspired by Griezmann [potentially] coming in. Marcus can be as good as Griezmann in two or three years’ time.” 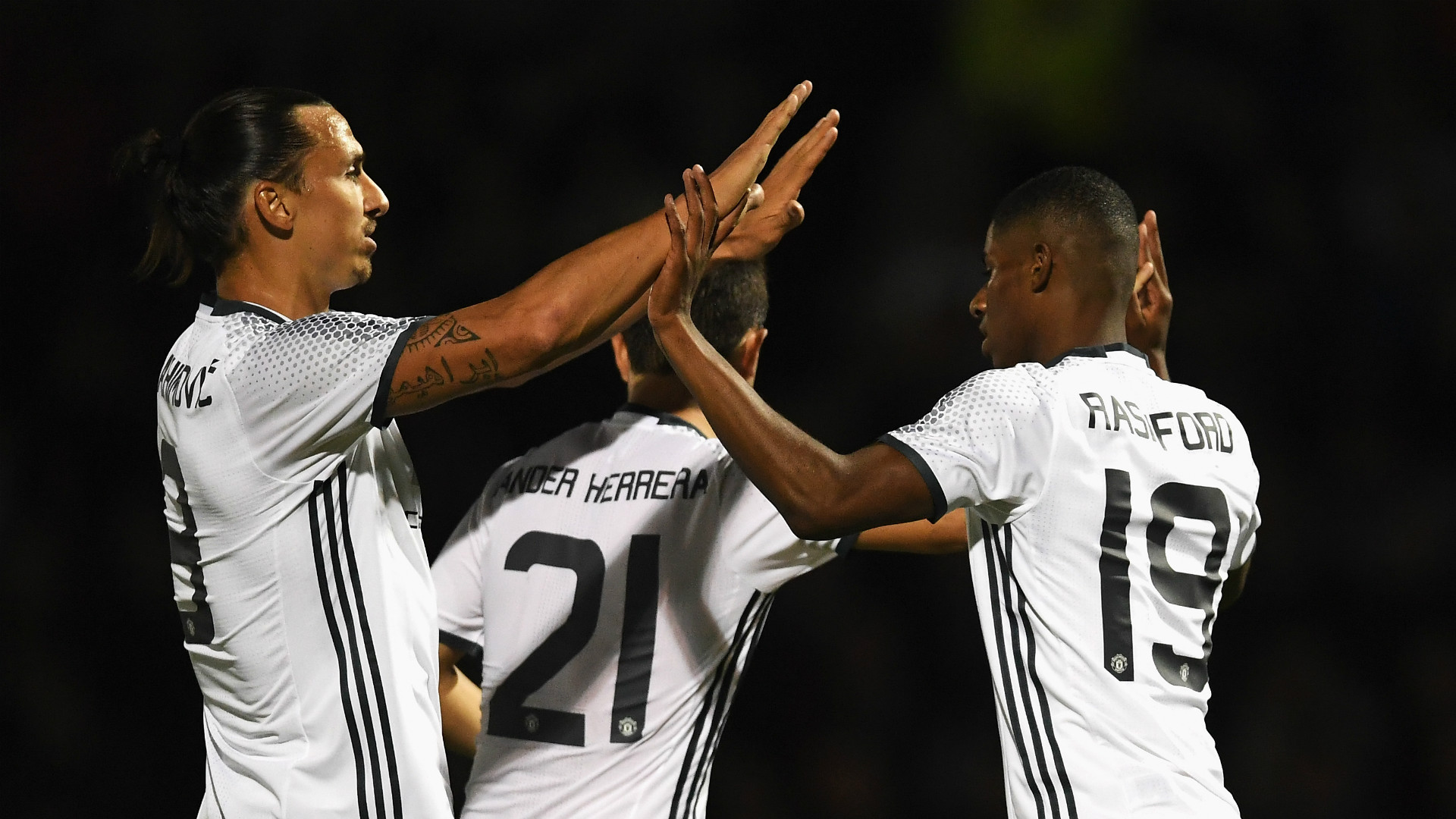 And Neville has backed Anthony Martial to impress, too, predicting that he and Rashford will learn from veteran team-mate Zlatan Ibrahimovic.

“You have to be inspired by playing with Zlatan,” he continued. “Anthony Martial is the same – he’s got the biggest opportunity to become one of the best Man United number nines if he grabs that opportunity.

“At the moment he’s only grabbed it with one hand – he needs to grab it with two. Martial and Marcus have to learn from [Ibrahimovic], who’s phenomenal.”

Rashford has scored seven goals in 34 games in all competitions this season, while Martial’s return is seven strikes in 25 appearances.