The Frenchman took full advantage of his start by netting against the Hornets, keeping the home team in the Champions League race

Anthony Martial marked his first Premier League start in almost a month with a goal and an assist as Manchester United beat Watford 2-0 on Saturday.

The 21-year-old set up Juan Mata’s opener in the first half before doubling the lead following a slick counter-attack to give the home side only a fourth win in 10 league games at Old Trafford.

Martial was forced to rubbish rumours this week that he would look to force a move away from United at the end of the season, with Jose Mourinho having restricted him to cup appearances only since he was replaced in the second half of the 1-1 draw with Liverpool on January 15.

Starting on the left of an attacking 4-2-3-1 system, he provided the low cross to allow Mata to open the scoring after 32 minutes, just as the home fans began to grow frustrated, with United dominating but failing to convert chances.

Martial then capped a clever move with a stylish finish to make the points safe with half an hour left, as Mourinho’s side preserved a record of having never lost to Watford at home in a league match.

The win moves United to within a point of fourth-place Manchester City ahead of their trip to Bournemouth on Monday and means their unbeaten run now stands at 16 top-flight games.

United’s attacking approach looked slick in the opening stages, with Zlatan Ibrahimovic, Mata and Henrikh Mkhitaryan all failing to capitalise on half-chances before a deflected Martial shot looped narrowly wide.

Jose Holebas whipped a ferocious strike beyond the right-hand post from the left but Paul Pogba almost responded with the opening goal, with Heurelho Gomes leaping to parry away his dipping shot from 25 yards out.

Ibrahimovic volleyed over from inside the box after being picked out by Pogba’s clever pass, and Gomes saved well low to his right from the France midfielder’s first-time hit as United’s pressure began to grow. 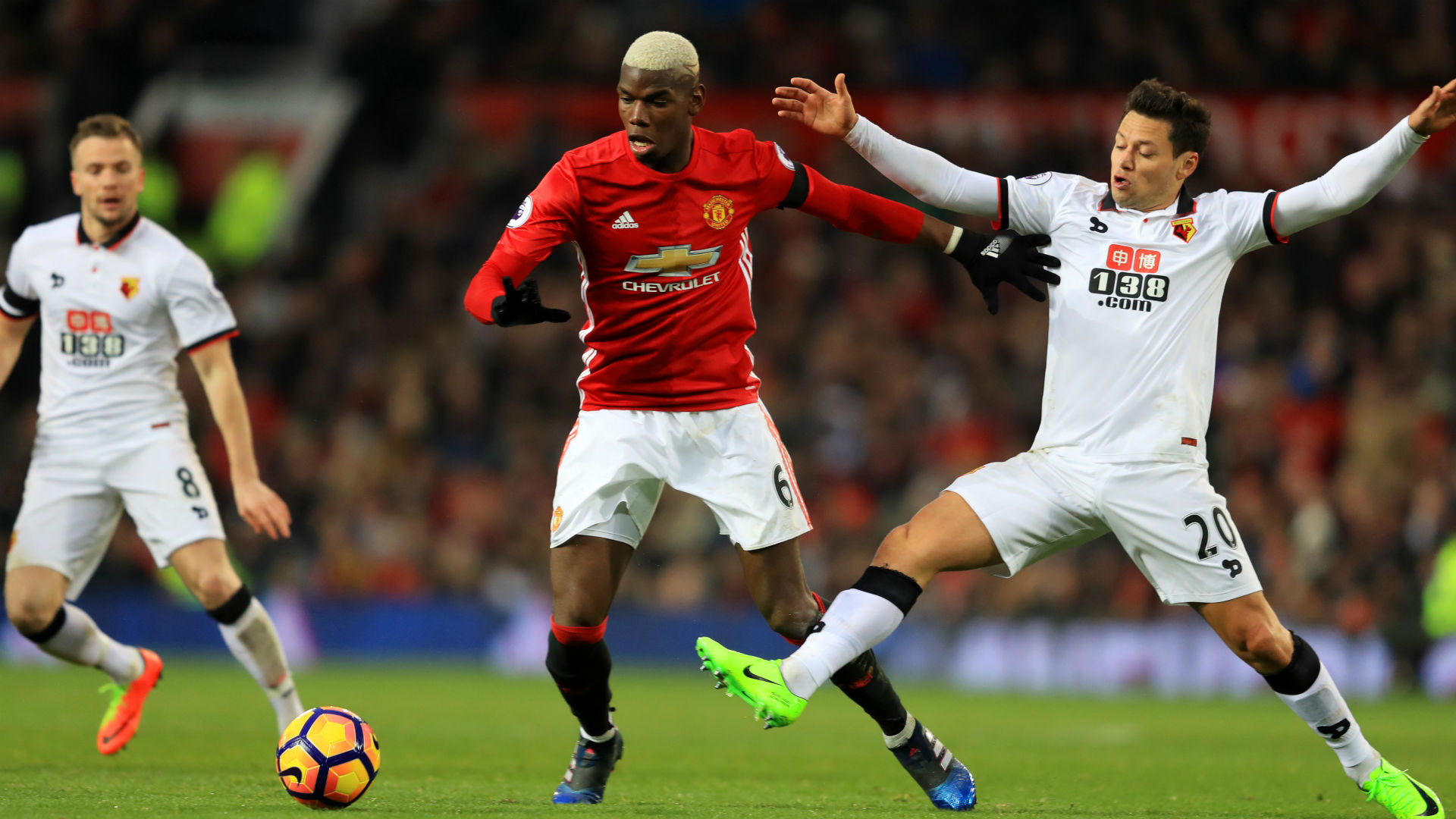 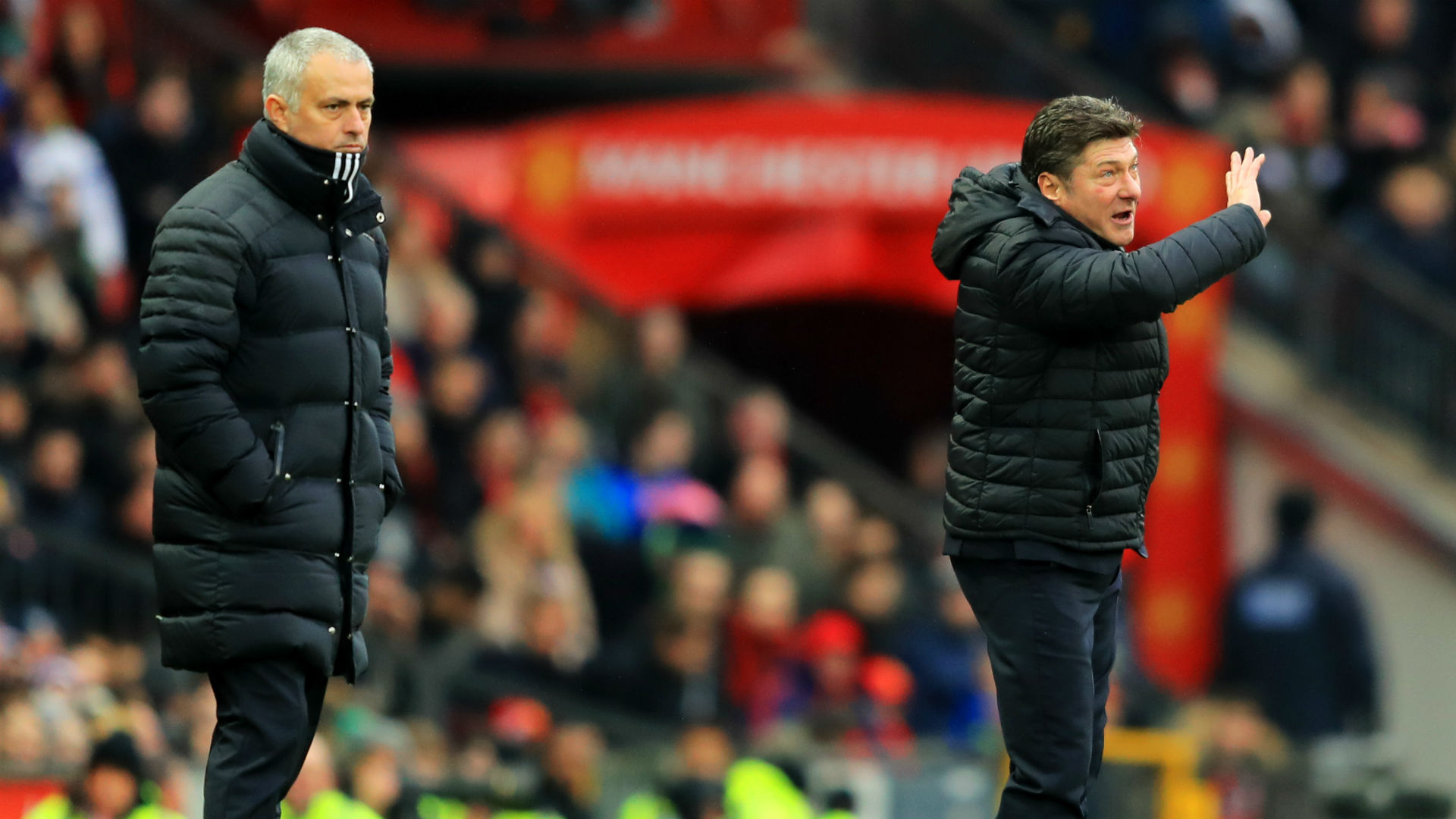 Mkhitaryan blazed over and Ibrahimovic headed straight at Gomes from point-blank range, but United finally made their dominance tell with 32 minutes played.

Mkhitaryan combined well with Mata before releasing Martial down the left, and after Ibrahimovic left his low cross, Mata was on hand to steer the ball into the net from six yards out.

De Gea made a fine save to tip away Mauro Zarate’s dipping free-kick as Watford started the second half more encouragingly, but a devastating break from United saw Martial double the lead on the hour mark.

Ibrahimovic played a fine first-time pass into Martial’s path after good work from Mkhitaryan, and the France international cut back onto his right foot inside the area before slotting a clever finish beneath Gomes’ right hand after fooling the goalkeeper into expecting a shot towards the far post.

22- Anthony Martial has been involved in more PL goals for Man Utd than any other player since his debut (22 – 14 goals, 8 assists). Potent.

Watford responded well, M’Baye Niang at last getting the better of Daley Blind only to see his teasing low ball across the six-yard box fail to find a white shirt, before another low cross from the AC Milan loanee was ballooned over the bar by Daryl Janmaat.

De Gea beat away a powerful strike from Troy Deeney and Gomes denied Mkhitaryan from close range, before Martial was withdrawn in the closing stages to a standing ovation from the home fans – and a hug from his manager.