The friend of the Red Devils legend was quick to draw comparisons with their current star, while stating the former was practically married to England

Galtier grew up alongside fellow Marseille native Cantona and played in the youth system of Les Caillols along with the striker.

Cantona then established himself into English folklore after joining first Leeds United and then Manchester United, winning four Premier League titles with the latter.

And Galtier has now compared Ibrahimovic to Cantona after becoming inspired by the Swede’s larger-than-life personality, similar to his French predecessor in Red Devils colours.

“When I look at Ibra I think of Eric Cantona,” the 50-year-old told the Daily Telegraph on the eve of Saint-Etienne’s Europa League round of 32 clash with United.

The trainer then went on to discuss the love affair between Cantona and English football, saying: “For Eric, Manchester United is a story of love.

The Ligue 1 U23 Power Rankings

“And he had such a strong, strong relationship with [Manchester United manager] Sir Alex Ferguson. Ferguson was like his father.”

Galtier experienced a less fruitful stint in the Premier League, serving as Portsmouth assistant manager before being sacked in 2005 as part of Alain Perrin’s staff.

Nevertheless, the Frenchman insists he still loves the country and would relish a return – even if he is not obsessed over where he ends up in the future. 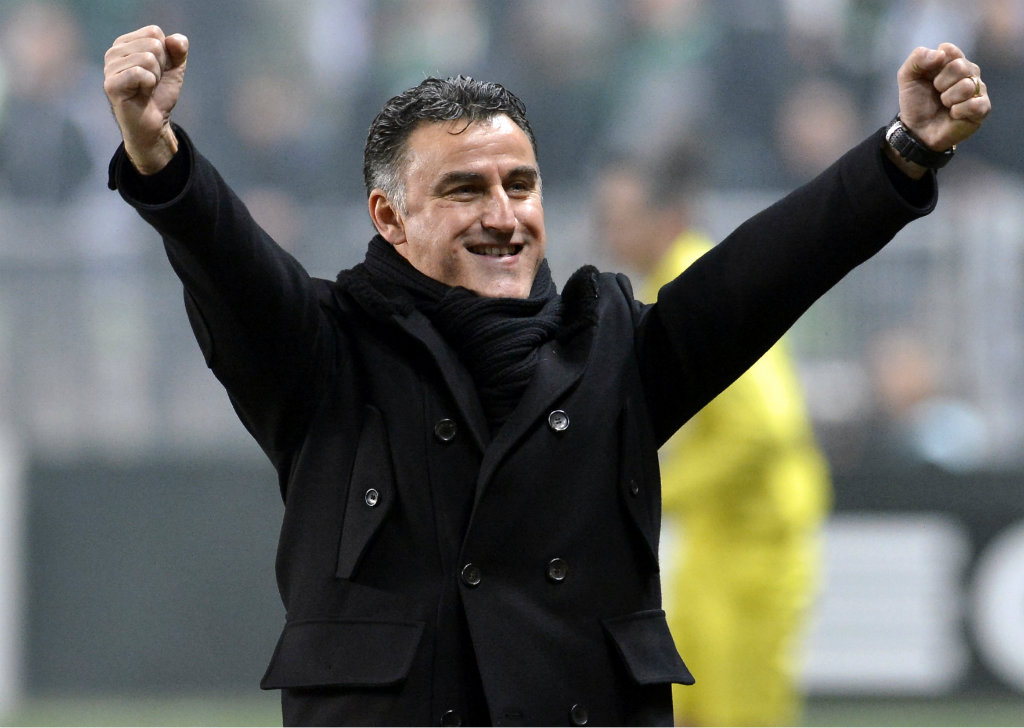 “It was very, very emotional,” Galtier said of his final match at Portsmouth assistant against Manchester United at Old Trafford. “But it was also, after that, a bad moment for me because I love the Premier League and I then left. Harry Redknapp was coming back and he wanted his own staff. But I loved – and love – the Premier League.

Arsenal and Madrid were wrong to snub Draxler

“It’s a small country but there are a lot of derbies. I remember Portsmouth v Southampton. Woof! I can imagine Liverpool v Everton; Man U v City; Arsenal v Tottenham. That’s why I love it. It’s Saint-Étienne v Lyon. It’s not a game like any other. It’s not a normal game. It’s tough, hard. It goes beyond football. It’s like your honour.

“In England there is money but it’s not about the money, you know?

“A lot of people think it is my objective to go to England but not especially. I love, love, love the Premier League but I am not focused on that. But if I could choose – Italy, Spain, Germany, England, it would be England. I was so disappointed to only be there for six months [at Portsmouth].