Zlatan Ibrahimovic says he still has some way to go to reach his goals target for the season despite netting his 20th of the campaign in Manchester United’s 3-0 win at champions Leicester City on Sunday.

The 35-year-old became the first United player to hit the 20-goal mark since Robin van Persie scored 30 in the 2013-14 season, while he simultaneously became the oldest player in history to score 15 in the Premier League.

Premier League Team of the Week

But the Swede insisted afterwards that he has a figure in mind for his debut campaign in the Premier League, and 20 is not enough for him even if he doesn’t expect to come close to the 50 he scored in his final season at Paris Saint-Germain.

“I have a target in my head but I will not say it. We are not there yet!” he told reporters. “This is something I have been doing every year, and this is nothing new for me… I keep producing.

“I have 20 and seven assists, so the statistics so far are the same region as other years except for last year because that was a crazy year.

“I still produce and do my best and I get a lot of help from my team-mates. I know there were many people saying I would not even score 20, but that is not what I focus on.

“For me the main objective is to help my team win, do the best and afterwards we will see what happens. As for the 20, we have some games left so hopefully it will become more.” 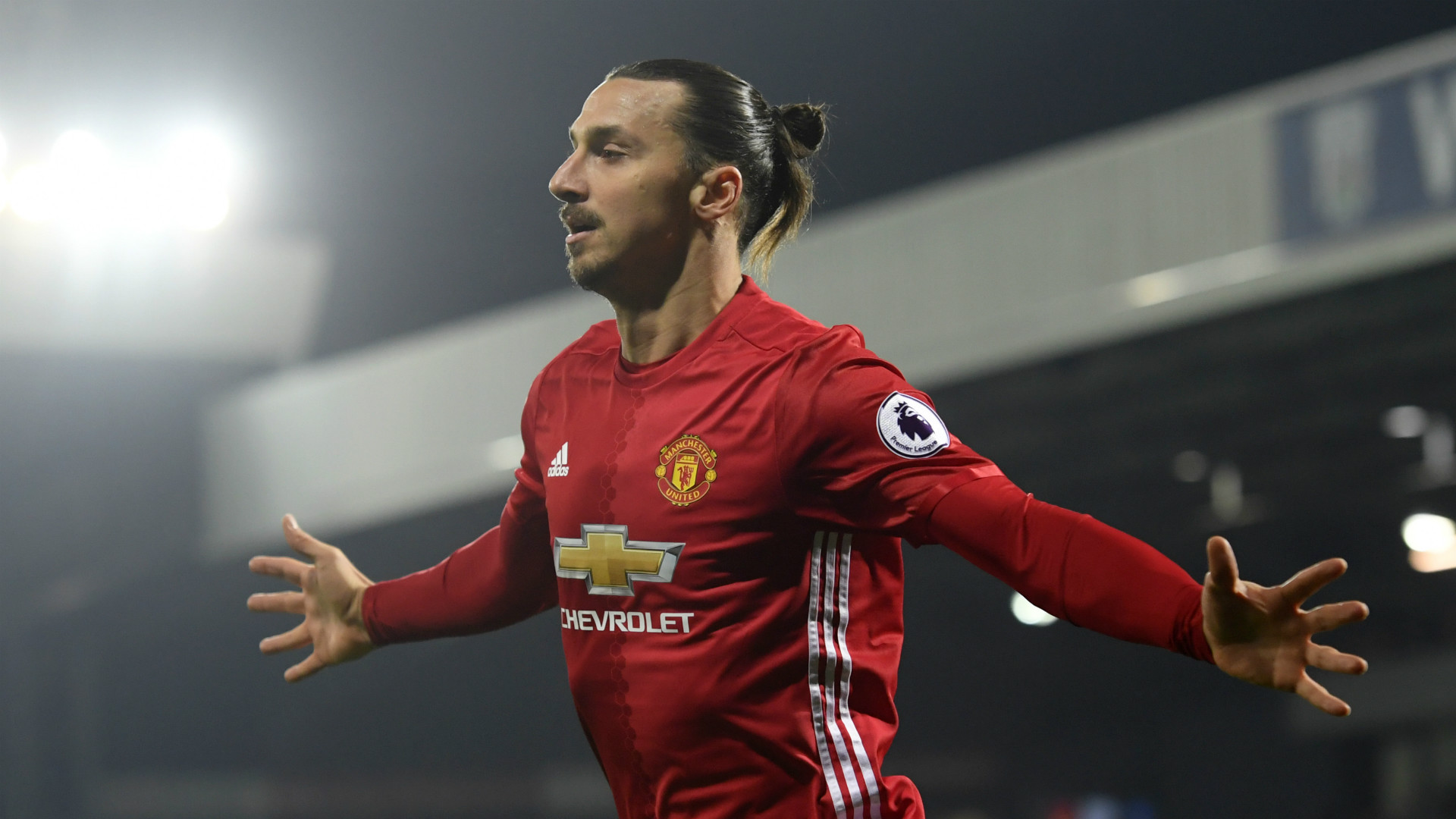 With his goal at the King Power Stadium, Ibrahimovic has now netted at least 20 goals in 10 consecutive seasons, and he also helped United to close the gap between themselves and fourth-placed Arsenal to just two points.

And the striker believes United have the quality to secure a top-four finish, as exemplified in their stroll against the champions.

“It was a good performance but if we’d won the last couple of games the situation would be totally different. But we’re working hard and we want to reach the top four because to be champions would be hard, but this is the aim.

“It was a big gap a couple of months ago but the gap is smaller now and I think we are our own men because if we had won our games, and got the points we should have got, the situation would be totally different. But okay, now we look at the other teams and hopefully they’ll lose points.”

United face Watford on Saturday in their next fixture of a busy season, and they know that a victory could take them into the top five spots for the first time since September.