Rodrigo Amaral is hard to miss when he walks on to a football pitch. At 19 the Uruguayan striker is a man amongst boys, a powerful, barrel-chested machine who cannot help to bring to mind a teenage Wayne Rooney when he started to light up Goodison Park and then Old Trafford.

But the Nacional man is on the verge of completing a dream that has eluded even England’s all-time highest scorer: an international title. Uruguay are just one victory away from taking victory in the South American Under-20 Championship, and their scintillating journey through the competition so far owes a great deal to the performances of their wonderfully talented sharpshooter.

South American football bowed at the feet of Amaral in the first few days of 2017. Uruguay boast talent across the pitch in the Ecuador-based tournament. New Barcelona signing Santiago Bueno runs the centre of defence, while Boca Juniors prodigy Rodrigo Bentancur has enjoyed a fine tournament in the middle of the pitch, confirming why Juventus are so keen to exercise their first option on the player.

Nicolas de la Cruz out wide has ripped the likes of Brazil and Argentina apart over the past few weeks, and further ahead Nicolas Schiappacasse has proved why Diego Simeone gambled on bringing him to Atletico Madrid at the tender age of 17 as he acts as a natural foil for Amaral. But it is the captain that has shined brightest, as his five goals in the Championship see him share the top scorer position with Argentina’s Marcelo Torres.

He may bear more than a passing physical resemblance to Rooney, but once he picks up the ball Amaral is more reminiscent of another former favourite at Old Trafford: Diego Forlan. He plays a withdrawn role just off Schiappacasse, roving around the final third as a second striker and even dropping deeper at times to act as an orthodox No.10.

His easy control and proficiency with both feet make comparisons with Forlan more than apt: so far in Ecuador he has netted with his left boot, the right and his head, the latter a superb glancing effort to beat Argentina’s Ramiro Macagno once again and round off a brilliant 3-0 win over the Celeste’s traditional rivals. It was no fluke result. In their last three games Uruguay have downed the Albiceleste, Brazil and Colombia, and lead the Championship’s final stage by five points with just two games to play.

Junior World Cup qualification is already in the bag, and just one more win either against Venezuela on Thursday, or Ecuador the following Saturday would guarantee a first South American title for 36 long years. 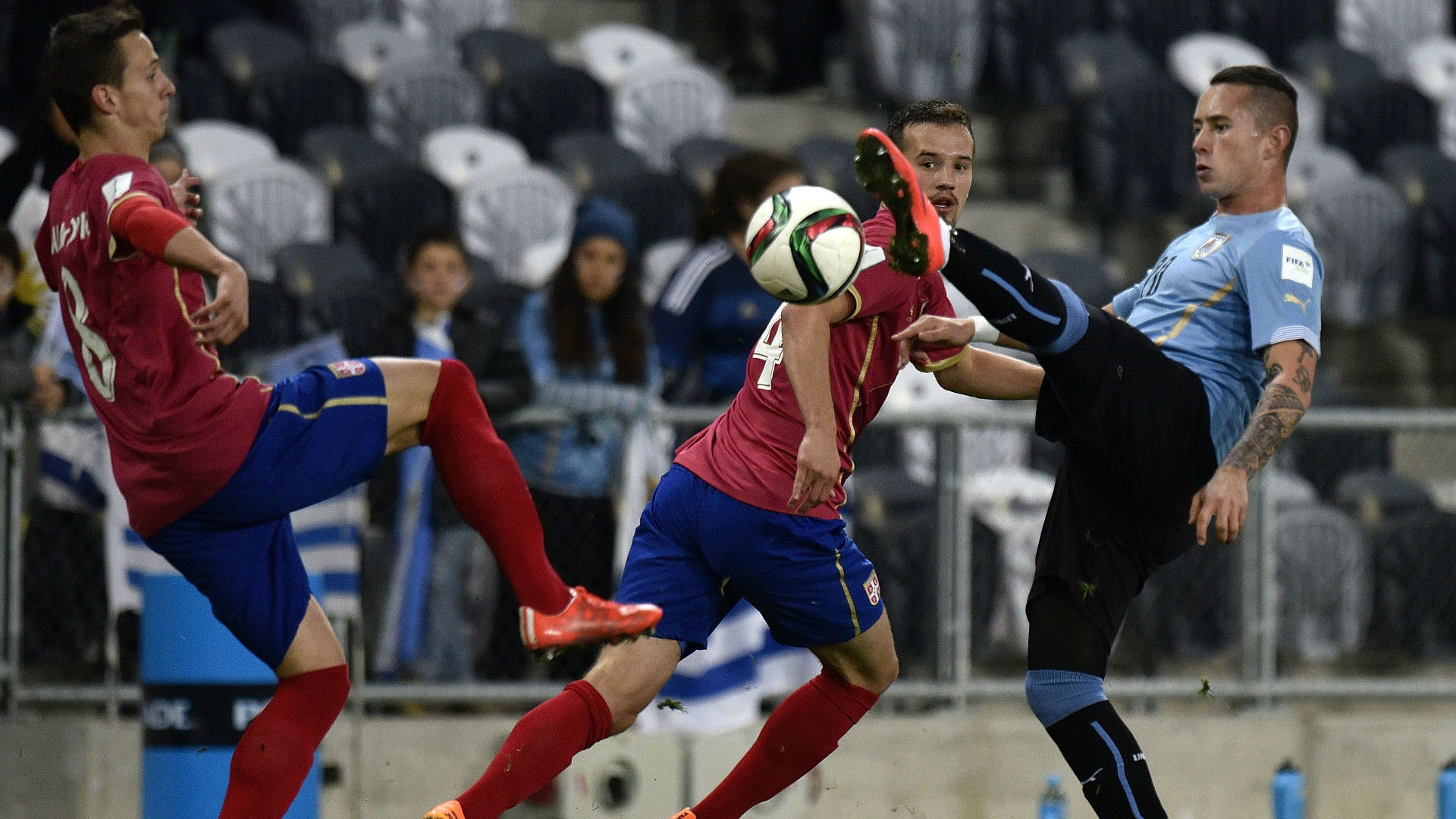 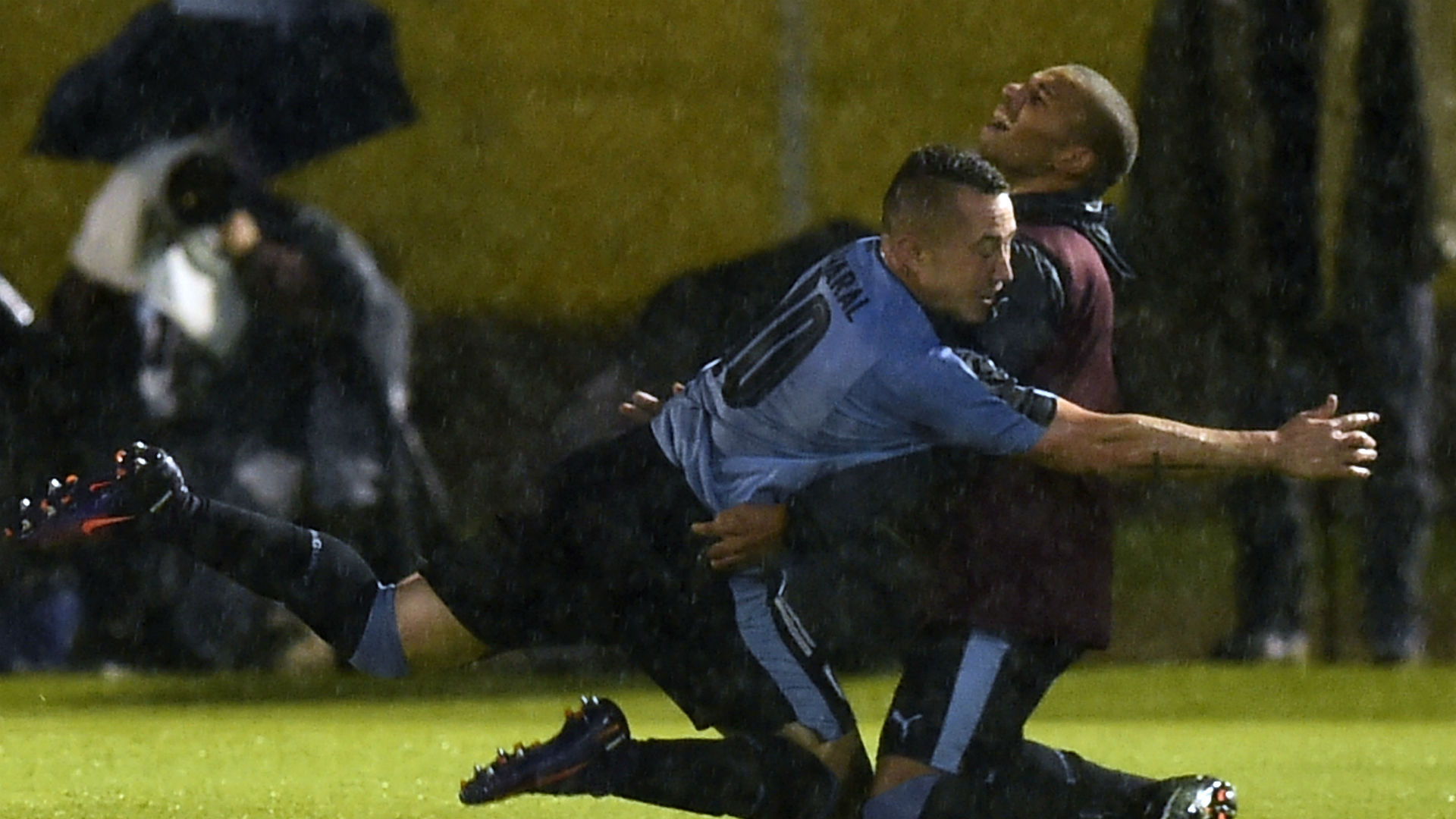 For Amaral especially, 2017 has the taste of a second chance. Two years previously, the 17-year-old wonderkid was the youngest member of the Celeste team that hosted the finals, and set up an early goal for Gaston Pereiro in the final clash against Argentina. But disaster struck. Amaral fell awkwardly and injured his shoulder, and missed the rest of the game. In his absence Sebastian Driussi and Angel Correa gave the Albiceleste victory and also the title, when a Uruguay win would have ended their drought in the tournament.

In the intervening two years Amaral also felt the blow of missing a decisive penalty in the Junior World Cup, and has faced criticism over his weight and application in training. Even agent Daniel Fonseca fired a warning at his young client.

“He is a kid who has to train harder and watch his diet,” the ex-Juventus man said to 890 Sport last year, when it seemed Nacional’s star was in danger of fizzling out. But he looks a different prospect this year – leaner, meaner and ready to take the responsibility as a now senior member of the Under-20 team.

The likes of Villarreal, Fiorentina and Liverpool are said to be following his progress with a view to a move in the near-future. Oscar Tabarez and the senior Celeste side will also be watching attentively.

‘Ronaldinho from a different planet’

Ever since Forlan hung up his boots for his nation, the No.10 shirt has lay vacant. Gaston Ramirez appeared to be the forward’s natural successor, but he never quite achieved his full potential and is now attempting to get his career back on track with Premier League strugglers Middlesbrough. Nicolas Lodeiro, Giorgian De Arrascaeta and Matias Vecino have also auditioned for the role, but without the consistency and presence the ex-Atletico Madrid, Man Utd and Villarreal star brought to the table.

Now Amaral holds all the right cards to make that role his own; if not immediately, then without a doubt by the time World Cup 2018 comes around in Russia. He might just prove the long-term heir to a player who holds a special place in Uruguayan history – and also is not short of his own cult following around the streets of Manchester.