To celebrate his achievements, Nike Football introduces a special edition of the Hypervenom WR250.

The boot features the colours Rooney dons for both club and country: red and white. 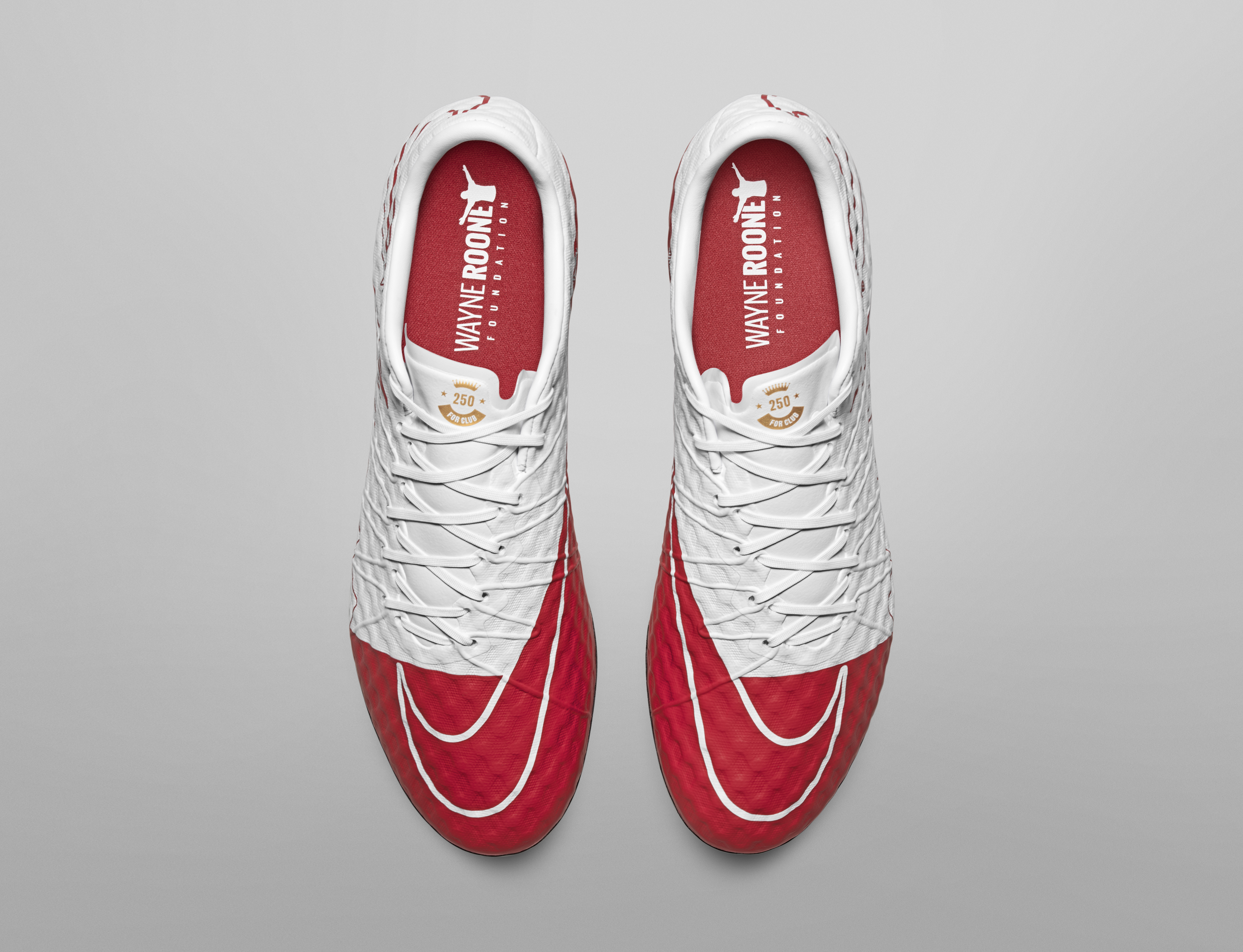 To highlight the player’s new record, a special logo was created featuring a crown and his record breaking number, 250, on the tongue of the boot.

WR10, referencing his squad number, is featured on the side of the boot. Additionally, the detailing of the aglets was also inspired by both the colors of his club and country.

When placed side-by-side, the pair forms the St George’s Cross across the uppers, connecting to England and recalling one of Rooney’s most iconic Nike campaigns in which the symbol was painted on his chest in 2006. 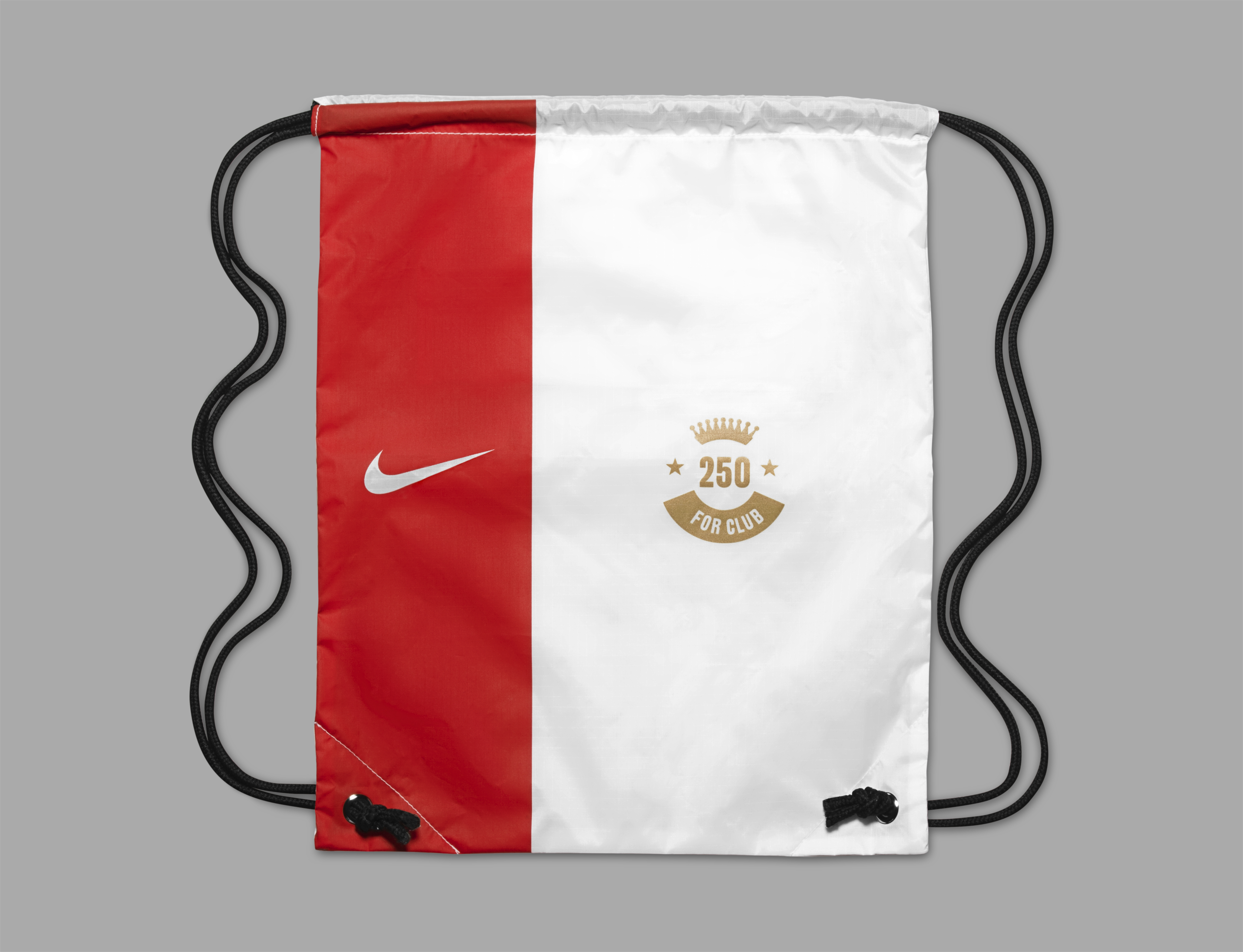 The sockliner pays tribute to the Wayne Rooney Foundation, through which Rooney shares his experience to inspire and give back to children. The foundation hosted a testimonial charity match this past August to raise money for four different charities to support underprivileged youth.

“I want the best for not only my kids, but all children,” says Rooney, who has three boys of his own, Kai, Klay and Kit .

“That is why I started the Wayne Rooney Foundation. Every goal I’ve scored has been scored in Nike boots and I appreciate Nike highlighting my foundation with these boots, not just the record.”