Tom Huddlestone and Oumar Niasse earned the Tigers a win on the night, but a Paul Pogba effort ensured the Red Devils progressed 3-2 on aggregate

Hull had not scored in four matches against United but Tom Huddlestone put the hosts in front from the penalty spot late in the first half.

The midfielder scored his first goal of the season as he beat David de Gea from 12 yards after a foul had been given against United defender Marcos Rojo from a Hull corner.

Hull had the better of the match, but the world’s most expensive footballer proved the difference, Pogba finding the bottom corner after neat build-up play created a clear sight of goal, although Oumar Niasse set up a grandstand finish with a late goal.

Only once in 27 attempts had a side come back from a first-leg deficit of two or more goals to progress through the EFL Cup semi-finals and Hull could not add to the record despite valiant efforts, with Old Trafford goals from Juan Mata and Marouane Fellaini decisive.

It proved to be a nervous 54th birthday for Mourinho, but United will face Southampton – who beat Liverpool 2-0 over two legs – in the final at Wembley on February 26 as the Portuguese hunts his first major silverware at the club. 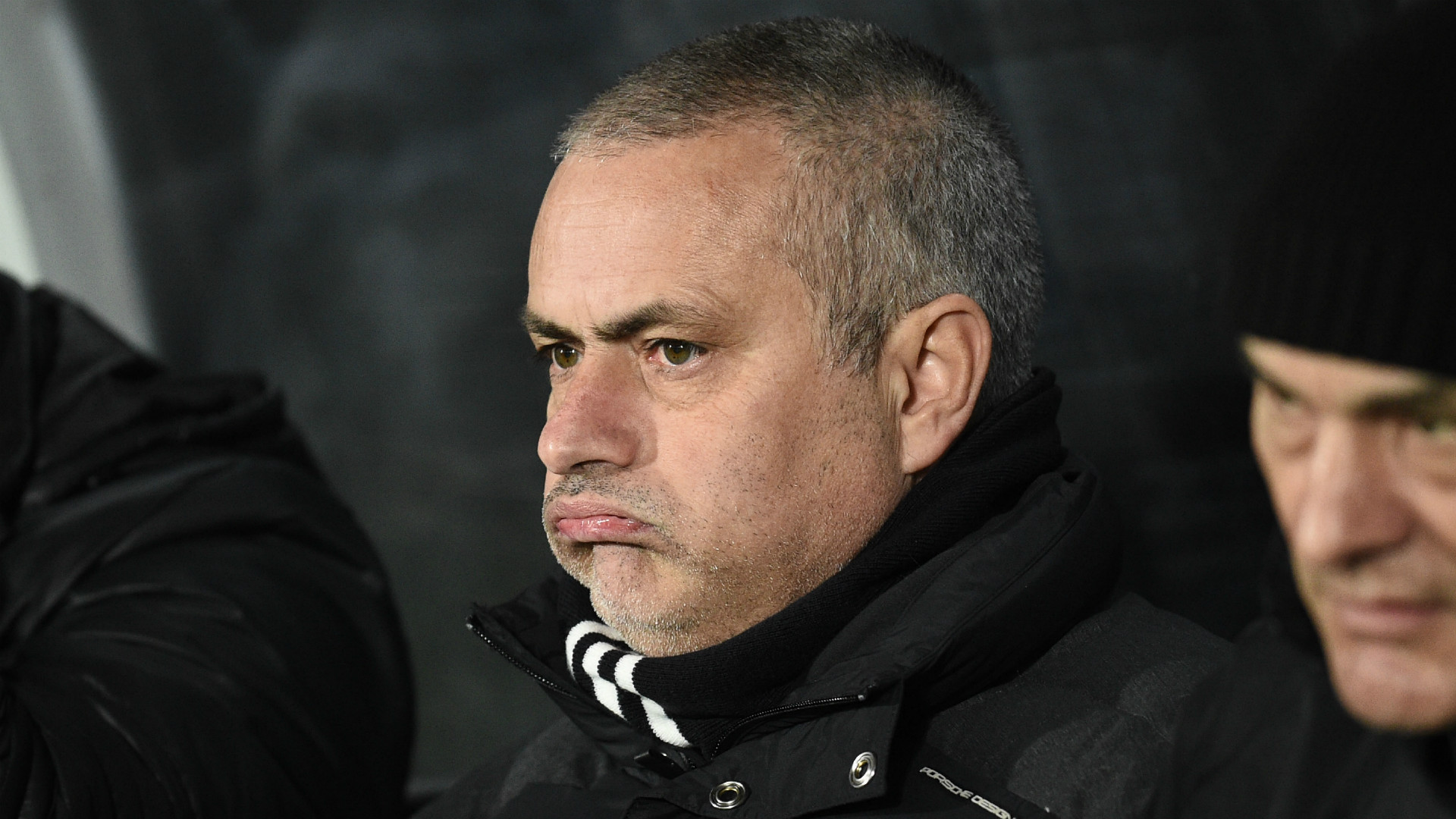 With a two-goal deficit to overturn, Hull needed a bright start and they got one, with Harry Maguire blasting a volley over the crossbar and Sam Clucas hitting a powerful free-kick at David De Gea.

After 25 minutes, to mark his squad number, Hull fans showed their support for Ryan Mason, who is recovering from a fractured skull suffered in a clash of heads with Chelsea defender Gary Cahill on Sunday.

De Gea was then tested again as Niasse, on his first Hull start, lashed a drive straight at the United goalkeeper, before Shaun Maloney bent a free-kick over the crossbar.

The game was in desperate need of a goal and it got one after 35 minutes as Hull took the lead.

Rojo fouled Maguire from a set-piece and Huddlestone stepped up to beat De Gea into his bottom-right corner.

Zlatan Ibrahimovic almost provided the perfect response for United but David Marshall tipped his placed effort around the post.

United had lost four of their last five away League Cup matches against Premier League opposition and the visitors saw three strong penalty claims rejected after half-time when Pogba, Chris Smalling and Marcus Rashford went down in the box in quick succession. 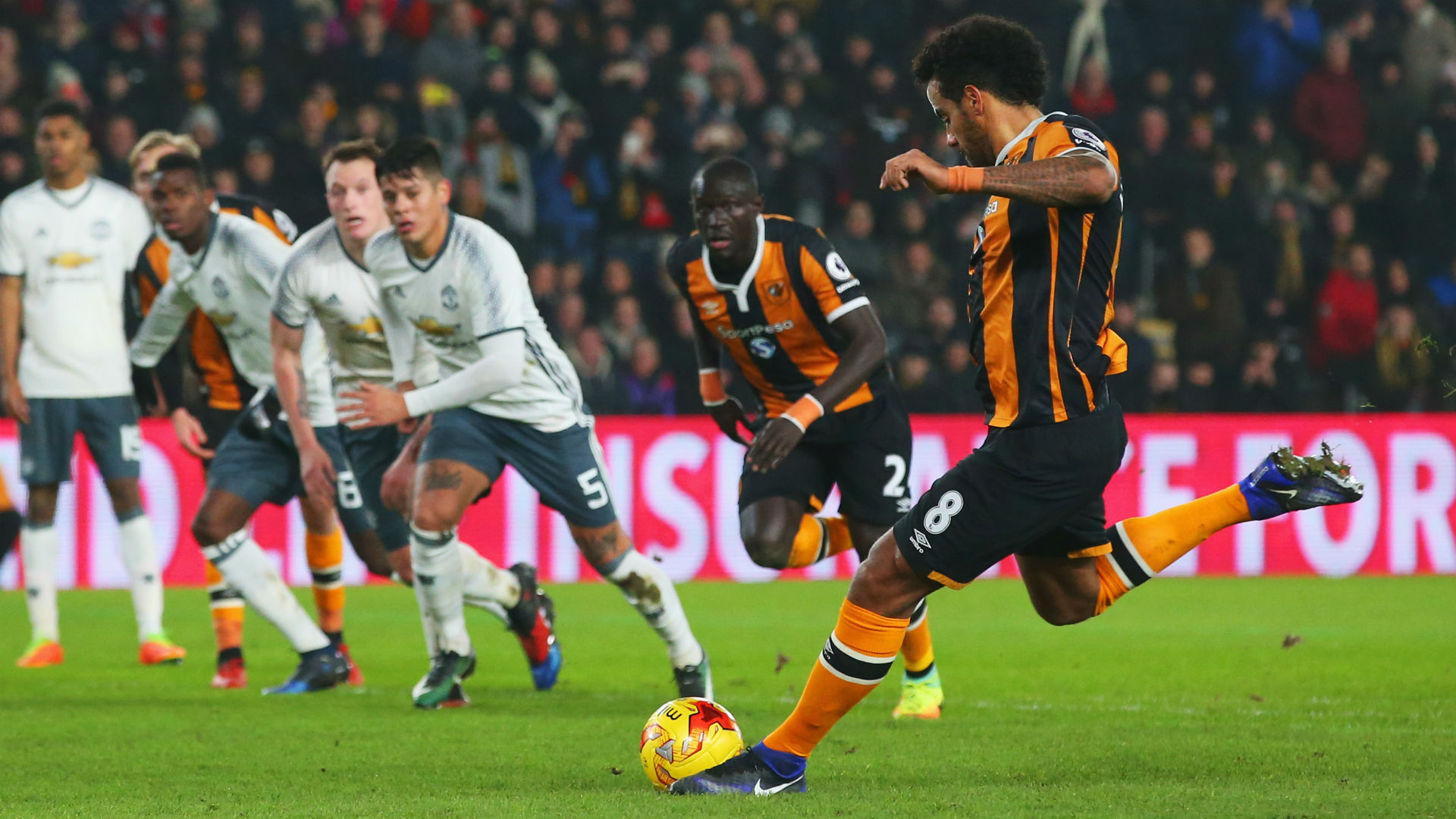 Hull were stop United fighting back into the match and Pogba effectively settled the tie after 65 minutes.

Ibrahimovic freed Rashford in the left channel and in tackling the striker, Huddlestone diverted the ball straight to Pogba, the France international slotting home his seventh goal of the season.

Rojo almost added to United’s aggregate lead but he headed Jesse Lingard’s corner against the crossbar, then Niasse was also denied by the woodwork with a header.

United’s new record goalscorer Wayne Rooney came on as a late substitute but, with five minutes to play, Niasse tapped in David Meyler’s low cross to retake the lead on the night for Hull.

The goal changed little, though, and Mourinho’s men held on, despite Hull’s late pressure, to move into the EFL Cup final.