Luke Shaw has agreed personal terms with Manchester United on a deal worth an astonishing £160,000-a-week, Goal can reveal.

The England defender, who does not turn 19 until July, will become the highest-paid teenager in world football when he completes his move from Southampton to Old Trafford.

Goal understands that Chelsea pulled out of the race to sign Shaw when they became aware of the £8 million-a-year, five-year contract offer that he had received from United.

Manager Jose Mourinho is a big admirer of the 18-year-old and is in the market for a left-back after releasing Ashley Cole but the Blues felt that they had been priced out of a move for the Saints youngster.

United made a £27m bid for Shaw at the end of the recently completed domestic season and, although the offer was not accepted, the fee is not blocking the sale.

Southampton will not allow Shaw, Liverpool-bound Adam Lallana or any of their other players to leave St Mary’s Stadium until a new manager is appointed.

Nevertheless, Shaw has made it clear to the Saints hierarchy that he wants to move to Old Trafford and there are not expected to be any hitches to him becoming a United player and being the first of a number of big-money United signings this summer.

The staggeringly lucrative deal handed to a teenager who will have to fight with Patrice Evra for a starting spot at Old Trafford next season under new boss Louis van Gaal is regarded as a huge statement of intent by United following their worst-ever Premier League season. 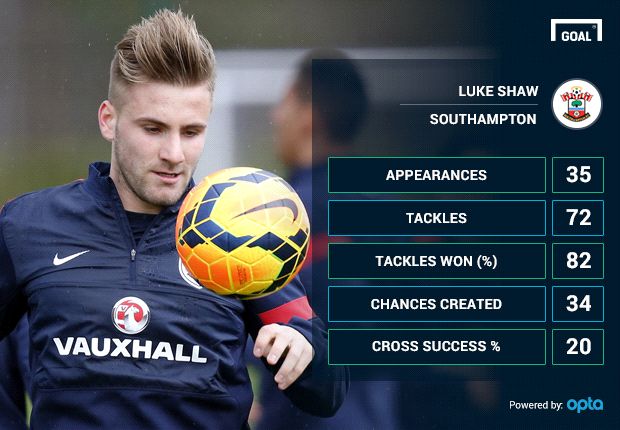 It demonstrates the lengths to which the Glazer family will go to capture Europe’s best young players and restore United to a position of eminence both at home and abroad.

Shaw is a member of the England squad that starts their World Cup campaign against Italy on Saturday but he is expected to lose out to Leighton Baines for the left-back berth and start the competition on the substitutes’ bench.