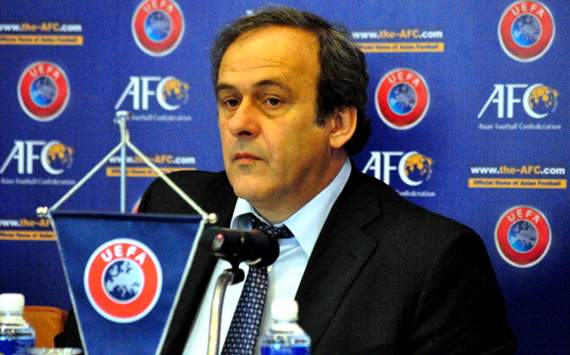 In the latest benchmarking report, the European governing body emphasised the findings by revealing that 46 clubs from across Europe would fail to comply with the soon-to-be implemented Financial Fair Play (FFP) had the regulations been in effect during the four-year period.

Under the upcoming FFP rules, clubs are permitted to lose as much as €45m [£38.7m] over three seasons, with financial penalties and bans from European competitions handed down to those clubs who fail to conform.

Uefa’s report highlighted that 20 clubs had exceeded that loss total between 2009 and 2011, with Premier League giants Chelsea and Manchester City expected to be among those names.

Gianni Infantino, Uefa’s general secretary, said of the increasing losses in the European game: “It is a hell of a lot of money and a very worrying situation that the clubs have the responsibility to take very seriously.

“It is not about just one club that might go bankrupt. The whole of football cares, because the consequences of a club going bankrupt are felt across the game.”

Both Chelsea and Manchester City are confident of complying with FFP, with the Blues recording a profit for the first time under Roman Abramovich’s ownership in the Champions League-winning season of 2011-12.

The latest figures released by Premier League champions City showed a loss of £97.9m, however, the club expect a £400m deal with Abu Dhabi airline Etihad to bring them nearer a break-even mark.

That deal, along with Paris Saint-Germain’s €200m-a-year [£172m] agreement with the Qatar Tourism Authority, will be monitored by a team of experts on behalf of Uefa to ensure the club are not receiving an over-inflated ‘donation’ from elsewhere.

“Everyone, including PSG, know the rules and knows when they kick in,” Infantino added. “They know the rules are that they have to generate revenues to cover their costs without cheating.”