As Paul Scholes recently insisted, regardless of where they are in the league, Liverpool are still Manchester United’s number one rivals.

With that in mind, Sunday’s showdown between England’s two most successful clubs must be considered one of the biggest games of the season, and a match that neither side will want to lose. 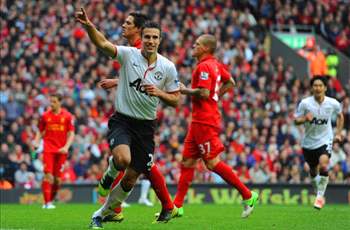 As always, this game is sure to be played in an intense atmosphere, and the high-tempo pace of the game gives this fixture the feel of a cup tie.

This sense of form going out the window probably explains Bet365’s generous 19/20 (1.95) odds for a United victory.

That said, considering the hosts have won nine of their last 10 Premier League home games this season, as well as each of the previous four against their rivals in their own back yard, this price looks simply too good to pass up in the cold light of day.

There has only been one draw in the last 17 encounters between these sides, but you can get odds of 11/4 (3.75) on this game finishing up all square. 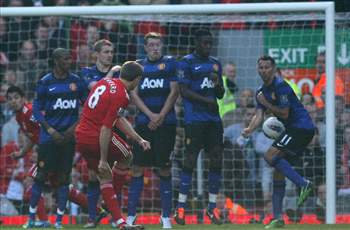 With just six wins in their last 20 on the road, and no victories at Old Trafford since their infamous 4-1 romp four years ago, The Reds are outsiders at 16/5 (4.20) to pick up a memorable three points in this match.

Nobody understands the significance of this match better than Steven Gerrard, as the Liverpool captain has been at the heart of many a memorable clash over the years.

The 32-year-old can usually be relied upon to rise to the occasion for these games, and has grabbed five goals in his last nine against Sir Alex Ferguson’s men.

The midfielder is on a decent run of form in front of goal at the moment, having hit the back of the net three times in the last five. He offers a great value option at 10/3 (4.33) to come up with the goods once again on Sunday, while Manchester United look the best bet at 19/20 (1.95).