Manchester United moved within touching distance of regaining the English Premier League title with a comfortable 2-0 victory over Stoke City on Sunday and Sir Alex Ferguson’s men can move even closer to glory should they overcome Sam Allardyce’s West Ham United at Upton Park on Wednesday.

The weekend win over Stoke moved Manchester United 15 points clear of city rivals Manchester City in the race for the title but, with the reigning champions having a game in hand, the title is not yet sealed for Sir Alex Ferguson’s side. 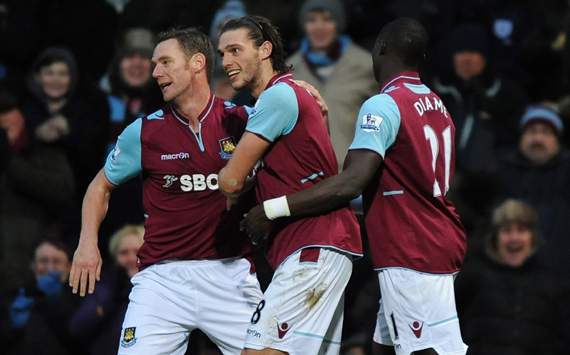 However, the league leaders need just seven points from their remaining six fixtures to ensure that they are crowned as champions and the Red Devils can be backed at 4/6 (1.67) with Paddy Power to claim three points from their trip to London on Wednesday.

The Hammers have lost just one of their last five matches – a 2-0 defeat against Chelsea at Stamford Bridge – and are chalked up at 9/2 (5.50) with Paddy Power to shock Wednesday’s visitors while the same firm go 13/5 (3.60) that the match ends in stalemate.

Robin van Persie had gone 10 matches without a goal for United prior to Sunday’s fixture at Britannia Stadium but the Netherlands international scored from the penalty spot against the Potters to end that drought.

He is available at just 3/1 (4.0) with Paddy Power to break the deadlock in this game while Wayne Rooney is chalked up at an appealing 9/2 (5.50) to score first against the Hammers. 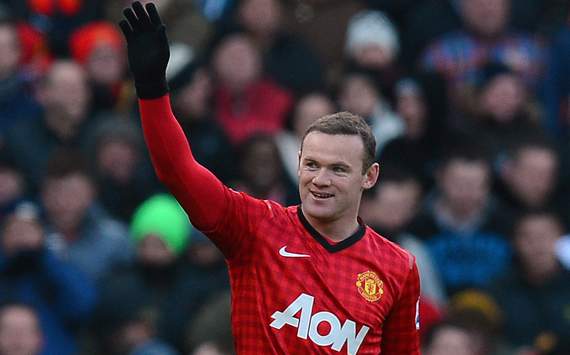 For West Ham, captain Kevin Nolan, who has scored six goals for the Hammers this term, is priced up as an 11/1 (12.0) chance with Paddy Power to open the scoring.

Value punters may be tempted by Paddy Power’s massive 14/1 (15.0) quote for James Collins to score at any time. That’s a price which seems particularly appealing given that the Wales international was twice on target for the Hammers against Manchester United in an enthralling FA Cup tie back in January.

The stage is set, though, for Sir Alex Ferguson’s side to take another stride towards claiming the Premier League title and they can be backed to record a comfortable win here – with Paddy Power’s juicy 6/4 (2.50) quote for the Red Devils to lead at both half-time and full-time looking to represent exquisite value.

It is worth noting that Manchester United have led at half-time in 13 of their last 15 wins in all competitions, including their last five Premier League victories so the aforementioned 6/4 (2.50) quote on offer from Paddy Power carries considerable appeal and should be backed accordingly while the same firm’s generous 9/2 (5.50) quote for Wayne Rooney to score first should be snapped up by value hunters.

Willie Duncan is a freelance sports journalist. Willie, from Edinburgh, has covered Scottish football for over 10 years and he specialises in football betting markets from across Europe. You can also follow Willie on