Juventus have told Manchester United they will have to pay €56 million for Arturo Vidal – and include Nani in a player-plus-cash deal – if they want to sign the Chile international, Goal understands.

United are in the market for a central midfielder this summer, with Louis van Gaal a known admirer of Vidal.

But the €56m fee quoted to executive vice chairman Ed Woodward’s camp could prove to be too much for the Red Devils after already signing Luke Shaw and Ander Herrera for a combined total in excess of €70m. 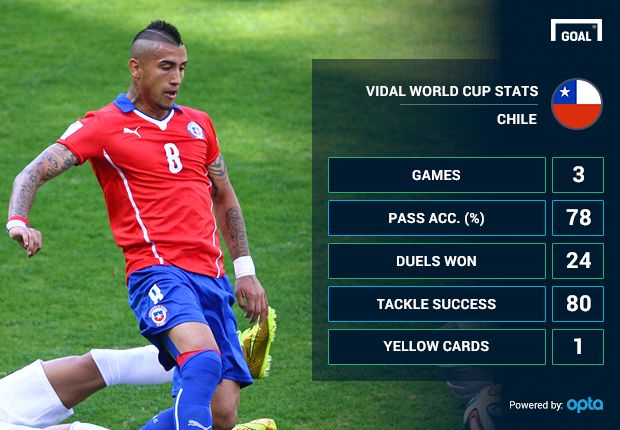 Instead, United look likely to turn their attention back to Sporting Lisbon defensive midfielder William Carvalho.

Both Manchester clubs have been monitoring Carvalho for several months and, while he would prove a cheaper option for Van Gaal, the Portugal international would still cost the Red Devils €46m.

Sporting director Augusto Ignacio recently revealed that Carvalho could leave the club but hinted that they would receive a substantial transfer fee for any sale.

“It’s not like the old days when players left Sporting at any price,” Ignacio told the Portuguese club’s official TV channel.

“We are not concerned with William Carvalho because we have alternatives who will want to play as well.

“The termination clause ensures a great deal to Sporting. I am very pleased with the negotiations.

“It is not easy to negotiate for players – you need to be very shrewd – but Sporting have a president who knows how to negotiate with anyone and what is best for the club.”