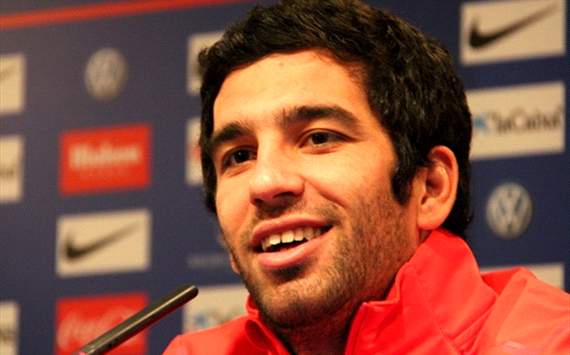 Arda Turan hopes that Galatasaray have what it takes to eliminate Schalke when the two sides meet in the Champions League.

The Atletico Madrid midfielder, who captained the Turkish side aged just 22 before moving to La Liga, said that the games will be his favourite in the round of 16 knock-out phase, and hoped a good result could boost their league displays.

“Hopefully they can eliminate a strong Schalke,” he said in an interview with GS TV. “I hope things will get better in the league.”

The German side topped their group with an unbeaten record ahead of Arsenal, whilst Galatasaray, who are top of the Super Lig, could only manage a second-placed finish to Manchester United.

The 25-year-old also hailed his former coach Fatih Terim, and believes he is the right man to lead the Istanbul club.

“He was my teacher for many years at Galatasaray,” Turan said. “And I hope he stays.”