COMMENT: picks out the most memorable moments, star names and disastrous flops from a thrilling 2013-14 season full of twists and turns

The 2013-14 season was an incredible saga full of twists and turns. By the end of a whirlwind campaign, Manchester City did what seemed to be the unthinkable by pipping Liverpool to the title. The Reds looked set to end their 24-year wait for a league crown after winning 11 straight matches between February and April but they came unstuck thanks largely to one timely slip and a major collapse in front of a raucous crowd.Life without Sir Alex Ferguson was no picnic for Manchester United, Tottenham failed to reinvest their Gareth Bale windfall properly and sacked yet another manager, and barely any new signings made much of an impact.It’s been tricky trying to pick the standout candidates from such strong competition, but read on to see who ranks as Goal’s best and worst… 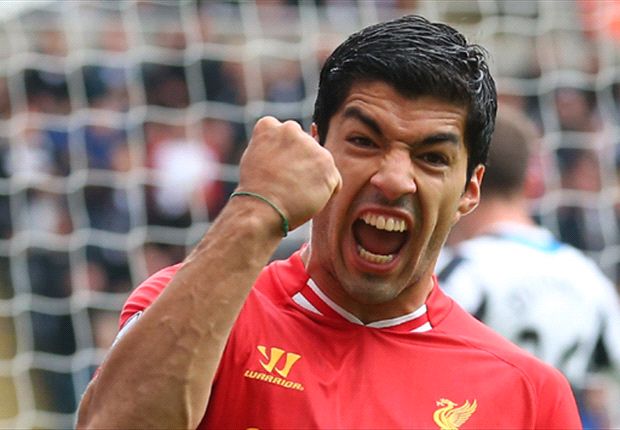 This one is easy. Luis Suarez has won both the PFA and FWA awards and he has been easily the best player in the country this season. He began the campaign suspended for biting an opponent and out in the cold after trying to force a summer move. He ended it with 31 goals in 32 league appearances, matching the scoring record over a 38-game Premier League season. It’s all the more impressive for the fact the Uruguayan does not even take his side’s penalties. To see Suarez on the ball is electrifying – he is a magical player, a genuine match-winner and totally unpredictable. Suarez never scores the same goal twice and he is the reason Liverpool were able to mount a title challenge in the first place.

Look at the Crystal Palace squad. Just look at it. Tony Pulis took over amid genuine concerns Palace could end the season with the lowest ever Premier League points total. They had just four points from 11 matches on the day of his appointment and looked doomed to relegation with a squad made up of loanees, free transfers and no-hopers. To finish comfortably in mid-table in 11th place is a minor miracle, and he has done it not only by organising the defence, but by playing with brilliant attacking vibrancy. There’s been none of the old Stoke long-ball tactics – Palace have been a superb counter-attacking side that have played with speed and guile.

Perhaps it is made even better by being so incongruous in Fulham’s dreadful season, but Patjim Kasami’s volley against Crystal Palace in October was something special. On the run, Kasami controlled a long ball with his chest and slammed an out-of-this-world volley over the goalkeeper into the top corner. Shades of Marco van Basten. 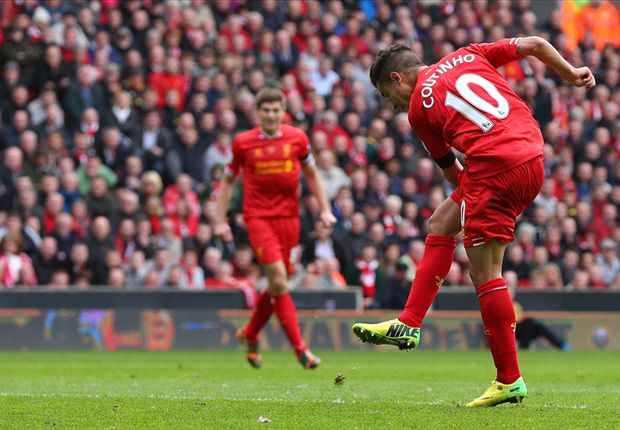 The entertainment granted to Liverpool supporters is highlighted by the fact my top three matches all involve them, but I’m going for the Reds’ victory over Manchester City at Anfield as the best game of the season. The atmosphere, the occasion and the sheer quality on show all made it a very special afternoon. Liverpool roared ahead, City came back brilliantly, then the hosts scored a late winner through Coutinho. As Steven Gerrard rallied his players in front of the dancing Kop, it really felt like Liverpool’s year.

Sorry, Liverpool supporters. I’m not saying I enjoyed it, but Steven Gerrard’s slip to let in Demba Ba against Chelsea is the defining moment of the season. That was the point, ultimately, when a first title in 24 years escaped from Liverpool’s grasp and was handed to Manchester City. Cruel on such an outstanding player but pivotal and dramatic.

There is no obvious candidate for signing of the season but I think Wilfried Bony’s goals played a huge role in keeping Swansea safe this season. It has been a sometimes difficult campaign for the Swans but Bony has looked perfectly suited to the Premier League with his power and finishing ability. He is not the most refined striker in the country but it’s hard to argue with a record of 16 goals from 33 league appearances – and he will only improve next term. 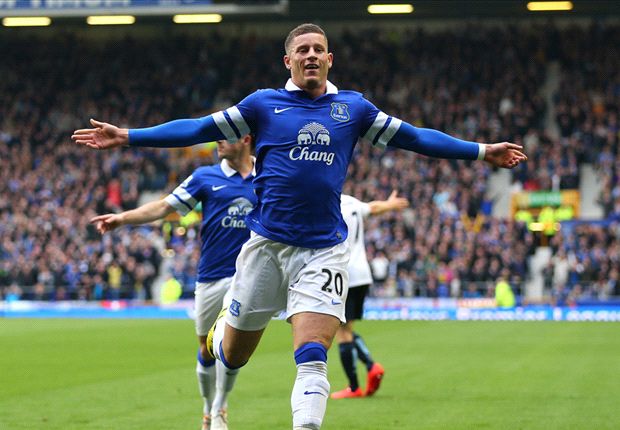 Some very impressive young players have broken through this season but none excite me more than Ross Barkley. I wasn’t convinced on the few occasions I saw him play on loan before this season, but he could become an incredible player under Roberto Martinez. He is tactically astute, physically powerful and brilliantly cocky. There is talk of £40 million-plus bids coming in for the 20-year-old but he’s better off at Everton, where he could become worth even more if he fulfills his potential. Some of his goals – the run against Newcastle and the curling strike against Manchester City – have borne eerie similarities to Wayne Rooney at the same age.

This is a no-brainer. Whether at Selhurst Park or in away sections in far-flung corners of the country, the Crystal Palace supporters have been amazing. It looked for a while that they might only have one campaign in the top flight and they’ve made sure to enjoy it. The Palace fans have never given up on their team, constantly provided raucous support and taken on a European flavour with their songs, banners and mosaics. 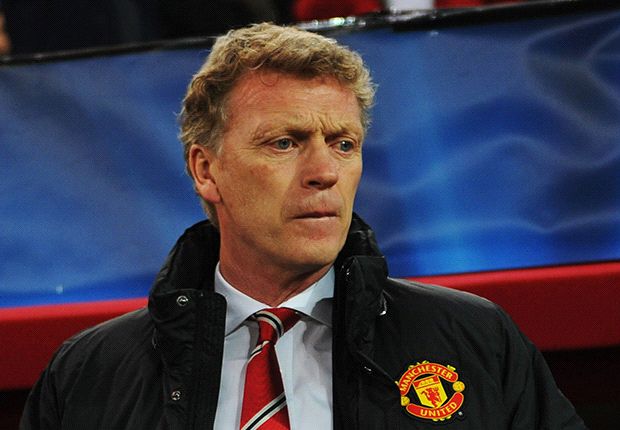 Manchester United and Tottenham have been exclusively competing for who could have the worst season in 2013-14, but United just about take it. Spurs spent more than £100m to build a team to challenge for the title and ended up scraping into the Europa League having sacked yet another manager in Andre Villas-Boas, with replacement Tim Sherwood set to follow.

But David Moyes managed to take last year’s runaway champions to seventh place and lost his job as a result. He oversaw so many wretched performances – including a 2-0 defeat away to Olympiakos and 3-0 home defeats to Manchester City and Liverpool – it is difficult to pick a low point, and his interactions with the media only further convinced fans that he wasn’t up to the job. He proved his talent at Everton but United was a bridge too far for Moyes.

In Marouane Fellaini, Moyes signed a player for £27.5m who will come to define his terrible nine months at Old Trafford. The big Belgian has been a disaster. He has added nothing to United’s game, looking clumsy in possession, slow in the tackle and clueless in the opposition penalty area.

It was a toss up for the worst signing of the season been Erik Lamela and Roberto Soldado – but £30m Lamela edges it for virtually falling off the earth during the second half of the season following just nine league appearances for Spurs.