​Manchester United midfielder Scott McTominay is facing a potentially lengthy spell on the sidelines after appearing to roll his ankle against Brighton & Hove Albion on Sunday.

The 22-year-old was involved in United’s second goal in their 3-1 win over Graham Potter’s side, but McTominay’s afternoon ended on a sour note when he was forced off the pitch after rolling his ankle in added time.

McTominay had been one of Manchester United’s most impressive players on Sunday, but the Scotland international is now likely to have a lengthy spell on the sidelines – especially if he’s damaged his ligaments. 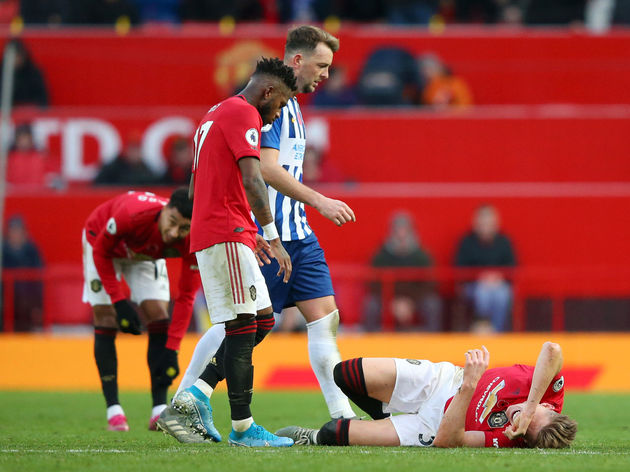 Following the match, Ole Gunnar Solskjaer confirmed: “He [McTominay] went over on his ankle. It’s a painful one. I had one and was out for eight weeks but sometimes back in two. Scan tomorrow. Scotty is not one for rolling around.”