​Sheffield United goalkeeper Dean Henderson has been called up to England’s senior squad for the first time.

The 22-year-old is currently in his second season on loan at Bramall Lane, having joined from Manchester United last summer to help spearhead their promotion to the Premier League.

He was England’s number one goalkeeper at this summer’s European Under-21 Championship, but will now join up with the senior squad for the first time after Aston Villa goalkeeper Tom Heaton withdrew with injury.

The former Burnley stopper picked up the knock during Villa’s comprehensive 5-1 win over Norwich, which lifted his side to 15th in the Premier League.

Henderson, meanwhile, was in goal for ​Sheffield United as they continued their fine start to life back in England’s top flight with a 0-0 draw at Watford.

The Blades are unbeaten in their opening four matches away from home, with Henderson helping his side pick up credible draws at Chelsea and Bournemouth, as well as an impressive 2-0 win over struggling Everton at Goodison Park.

He has already had to overcome adversity this season after his error against ​Liverpool recently condemned his side to a 1-0 defeat – their third home defeat of the season.

“If he wants to be a professional footballer, these things are going to happen,” Wilder remarked, as quoted by the ​Mirror. 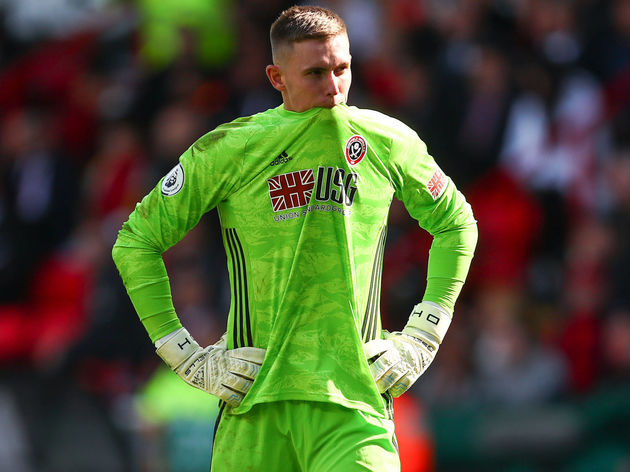 “He needs to concentrate more. It’s a disappointing day for him.

Just a week later, Henderson was back on top form against Watford – and his call-up will be viewed by many as just rewards for his exploits over the past 12 months.