Real Madrid have the most expensive attacking trident on the planet this season following the €100 million signing of Gareth Bale. The Welshman has often played on the right flank, with €94m man Cristiano Ronaldo on the other, while Karim Benzema – who cost €41m in 2009 – marauds through the middle.

In the short space of time that the trio have played together they have already proven that they are a deadly combination, most notably scoring two goals apiece in their 6-1 Champions League drubbing of Bayer Leverkusen in the opening leg of their last-16 tie. They have since earned the nickname ‘BBC’ among Blancos fans and pundits alike.

Ahead of Madrid’s second leg clash at the Santiago Bernabeu, Goal looks at 10 classic trios that have starred in the European Cup or Champions League… 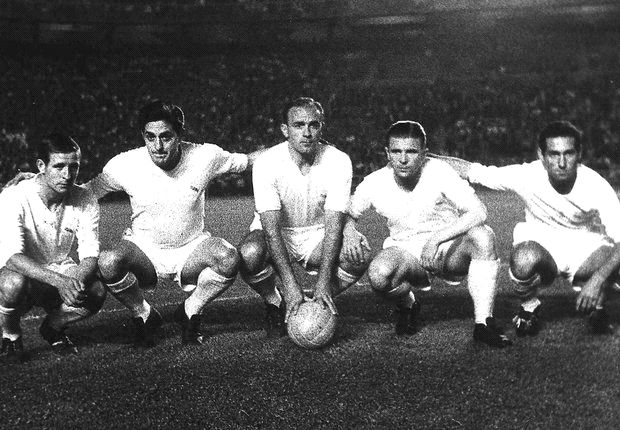 Alfredo Di Stefano (above pic, middle) was at the heart of the most all-conquering team in European history between 1955 and 1960 – a fantastic centre-forward who was also a deceptively brilliant midfielder. Francisco Gento (far right), one of football’s most iconic left wingers, remains the only player to have won the tournament a record six times. Ferenc Puskas (second from right) arrived later in their dominant era but, as an inside-left forward, scored 37 goals in 41 European Cup games.

Ahead of what many consider to be the greatest final in the cup’s history in 1960, when Madrid beat Eintracht Frankfurt 7-3, Puskas said: “Every man in our team is an attacker”. Those three led the way. 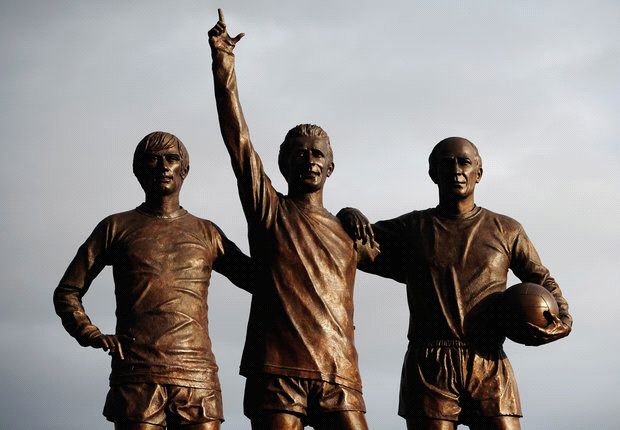 At the core of Manchester United’s 1968 European Cup-winning side were three European Player of the Year winners, nicknamed The Holy Trinity: George Best (1968), Denis Law (1964) and Bobby Charlton (1966).

Charlton’s inclusion in particular was an emotional one after he survived the Munich Air Disaster 10 years earlier, which had killed eight of his team-mates. Best remains one of the most gifted players to have ever played the game and Law, though injured for the final, remains one of the club’s iconic goalscoring machines. 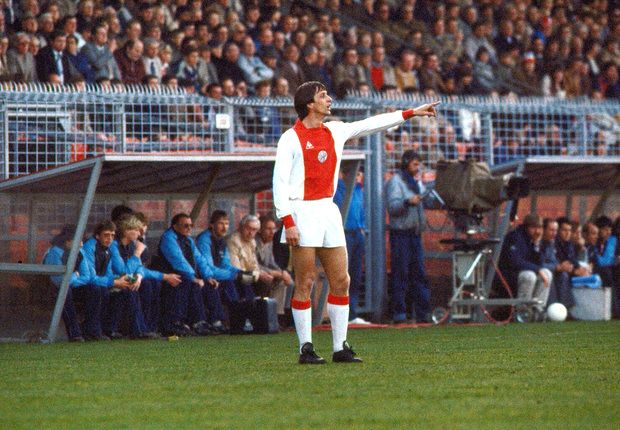 One of only three clubs to ever win three European Cups in a row, Ajax revolutionised how football was played en route to their wins in 1971, 1972 and 1973. At the centre of it all was Johan Cruyff (pictured) – part-conductor, part-orchestrator, part-magician – with Johnny Rep to his right and Piet Kiezer on his left.

The trio went on to shine for Netherlands at the 1974 World Cup but could not replicate their continental heroics and were denied victory by West Germany. 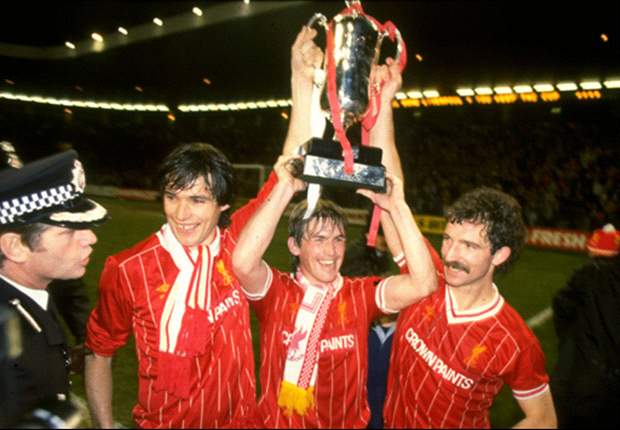 Liverpool enjoyed eight years among the world’s elite between 1977 and 1985 until the Heysel disaster saw English clubs banned from Europe for half a decade. At the centre of their victorious 1983-84 team were three super Scots: central defender Alan Hansen, prolific attacker Kenny Dalglish and midfield captain Graeme Souness. 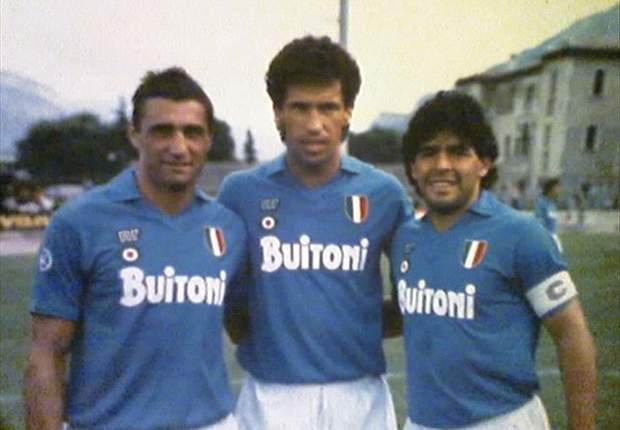 The only trio on this list without a European Cup or Champions League winner, Napoli’s Diego Maradona, Bruno Giordano and Careca were nonetheless key in the club’s greatest period to date. They were famously known as Ma-Gi-Ca, meaning ‘Magic’ in Italian.

Following the Partenopei’s Scudetto win in 1987, they were unlucky in losing to Real Madrid at the first hurdle, then three years later made it just one round further. In between, however, they charged to Uefa Cup glory, although by that time Giordano had been replaced by Andrea Carnevale. 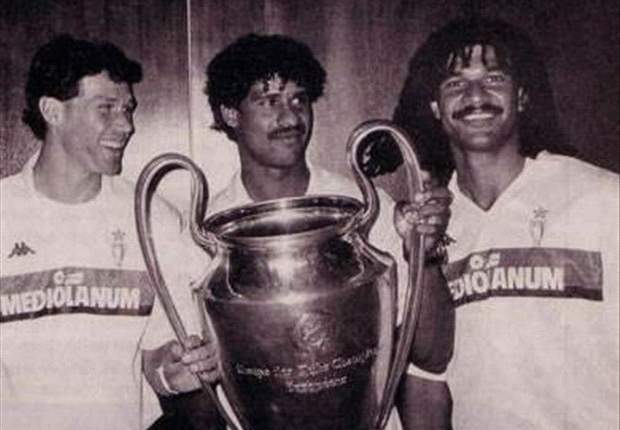 Three Dutchmen were at the centre of AC Milan’s back-to-back European Cup wins in 1989 and 1990: Marco van Basten, Frank Rijkaard and Ruud Gullit.

Van Basten and Gullit were the forward pairing which fired Arrigo Sacchi’s men to glory on both occasions, with Rikjaard marshalling the midfield ahead of what is generally considered to be the best defensive line-up ever and possibly the greatest club side. 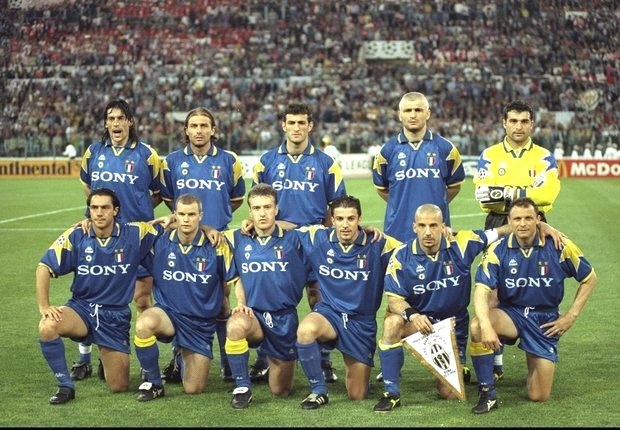 Alessandro Del Piero, Gianluca Vialli and Fabrizio Ravanelli were crucial to Juventus as they lifted their second European Cup – now titled the Champions League – in 1995-96.

Their fluidity under future World Cup-winning coach Marcello Lippi was evident for all to see. Skipper Vialli was the centre forward in the 4-3-3 formation, with young attacker Del Piero to his left and Ravanelli, in the prime of his career, to his right. The 1996 final versus Ajax finished 1-1 before the Bianconeri triumphed on penalties. 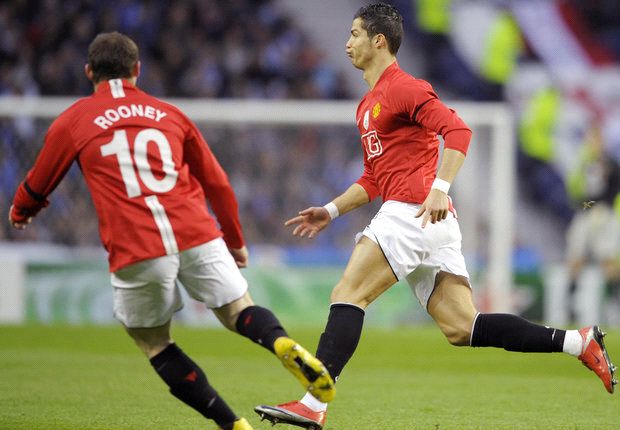 All three started in their victorious final win over Chelsea on penalties, while Tevez came on at half-time during their 2-0 loss to Barcelona the following season. 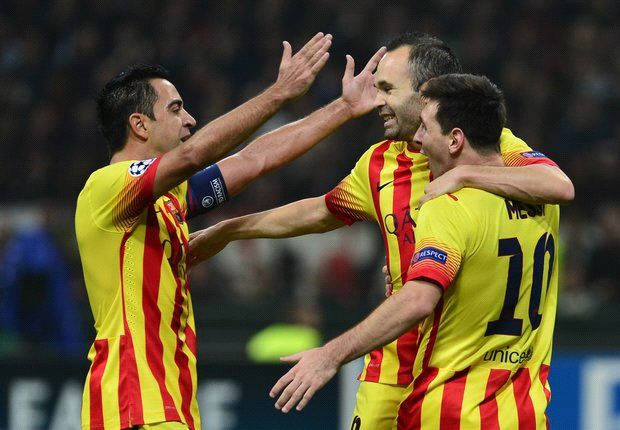 Barcelona went from strong to mind-blowingly brilliant under Pep Guardiola and that was thanks to the emergence of Xavi, Andres Iniesta and Lionel Messi. The former two of that trio were already established stars when the introduction of tiki-taka and the brilliant Argentine took their game to the next level.

Two Champions League titles during Guardiola’s stint at Camp Nou was a team effort but the excellence of the Catalans’ terrific trio was frequently the difference between them and any other team on the planet. 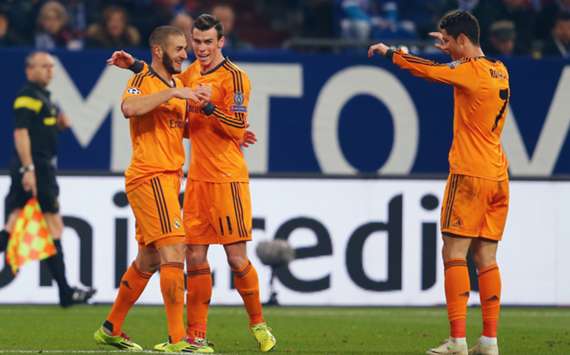 Real Madrid have a rich history of capturing the best players on the planet and the summer signing of Bale has helped complete a formidable trio. Ronaldo’s performances in a Blancos shirt won him the Ballon d’Or in January and surely it is just a matter of time before his Welsh team-mate is in contention for the accolade too.