​Ole Gunnar Solskjaer leads Manchester United in the Champions League for the first time this week as his team host Paris Saint-Germain in the first leg of the last 16 at Old Trafford.

Bookmakers have only given United an outside chance of winning the Champions League this season, but stranger things have happened and it might not be as improbably as people think.

Here’s a look at five reasons why United can finish 2018/19 as kings of Europe.

Paul Ince’s recent comments that he and others could have done what Solskjaer has as ​United boss were ridiculous, nonsensical, arrogant, ignorant and downright disrespectful.

The ‘anyone but Mourinho’ argument may have been valid for the way the team played against Cardiff in Solskjaer’s first game in charge back in December, perhaps even the Huddersfield and Bournemouth games that followed in quick succession. But with the passage of time and the continuation of good performances – 10 wins, one draw, no defeats – it has become increasingly clear that the resurgence is now down to Solskjaer, and not simply because he’s ‘not Mourinho’.

This is not some no-mark interim who got lucky 10 times in 11 games. This is an intelligent individual who learned for 15 years as a player and coach under one of the all time great managers.

Criticism over his failure at Cardiff in 2014 is a weak argument. If anything, that experience will have improved him as a coach and manager. He may not have previously managed in the Champions League beyond the qualifying rounds, but that never stopped Mourinho , Pep Guardiola, Luis Enrique or Zinedine Zidane from winning the competition at their first attempt.

Motivating players is the most obvious part of football management, but doing it successfully is much more challenging than it sounds. Much of United’s rejuvenation has come from Solskjaer instilling confidence in the squad that wasn’t there. Mourinho’s United seemed gripped by a fear of failure. Ironically, the limited and restricted performances made them more vulnerable to it.

United no longer have that and are playing more freely, without the fear that was stifling them. What’s more, the longer the run continues, the greater the confidence will grow and the more it will take to bring them down.

Forget the consistent underperforming under Mourinho, this United squad is packed with genuine talent that it would be foolish for the rest of Europe to ignore.

Paul Pogba and David de Gea are world class players who are suddenly performing at the top of their game. Anthony Martial and Marcus Rashford are two of the world’s most promising talents, while Romelu Lukaku is forging a role as an impact substitute. 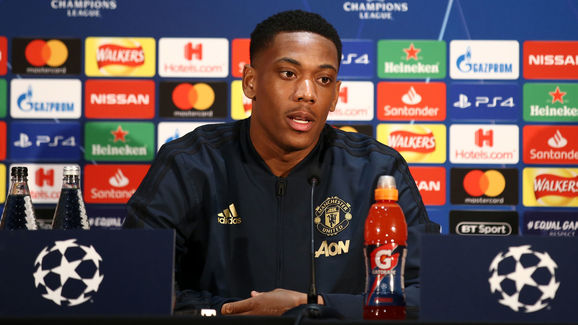 Jesse Lingard is a proven big game player much like former hero Park Ji-sung, one who will never fail to give his all. Once buried by Mourinho, Ander Herrera has been unleashed, while Victor Lindelof is rapidly emerging as a defensive star.

A degree of good fortune will always help in the quest to win trophies.

United had that this time last year in a favourable last 16 tie with Sevilla but failed to take advantage. This time around they may have been blessed as Edinson Cavani won’t be playing for PSG in the first leg, while Neymar is set to miss both. There is a chance for a favourable quarter final to reach the last four if United make it through and are paired with the winner of the Roma/Porto tie. From there, momentum could take over.

Then there is what happens on the pitch. Barcelona, for example, survived numerous penalty claims against Chelsea in the 2009 semi final second leg and then struck a dramatic late winner. United themselves could have been two or three goals down in the 1999 final had Bayern Munich not twice hit the woodwork before the famous comeback.

United are out of the Premier League title race, but recent history has shown that a club doesn’t need to be the best domestically to win the Champions League. 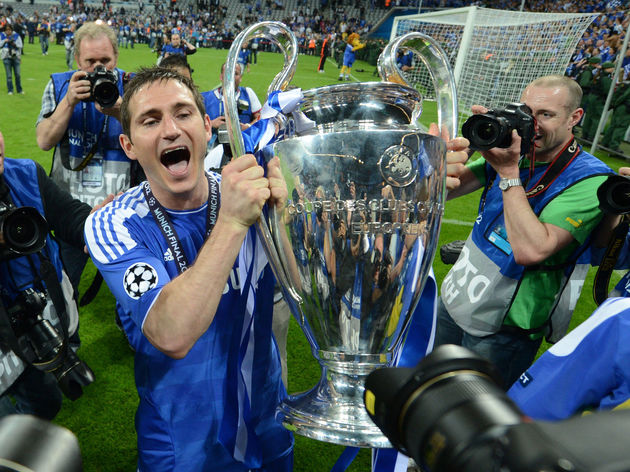 In similar circumstances – an underperforming team buoyed by the appointment of a revered former player as manager – Chelsea won the competition in 2012, despite placing sixth in the Premier League.

It wasn’t a lull in European quality. They beat a heavily fancied Bayern Munich side on the German’s own pitch in the final – that same team went on to win the treble a year later. Chelsea had also beaten holders Barcelona over two legs in the semi final, a side hailed as arguably the best in history.

Prior to that, Chelsea had enjoyed favourable knockout pairings with Zenit St. Petersburg and Benfica, with momentum, belief, desire and discipline covering up any remaining deficit in quality by the time they met the real heavyweights in the latter stages.