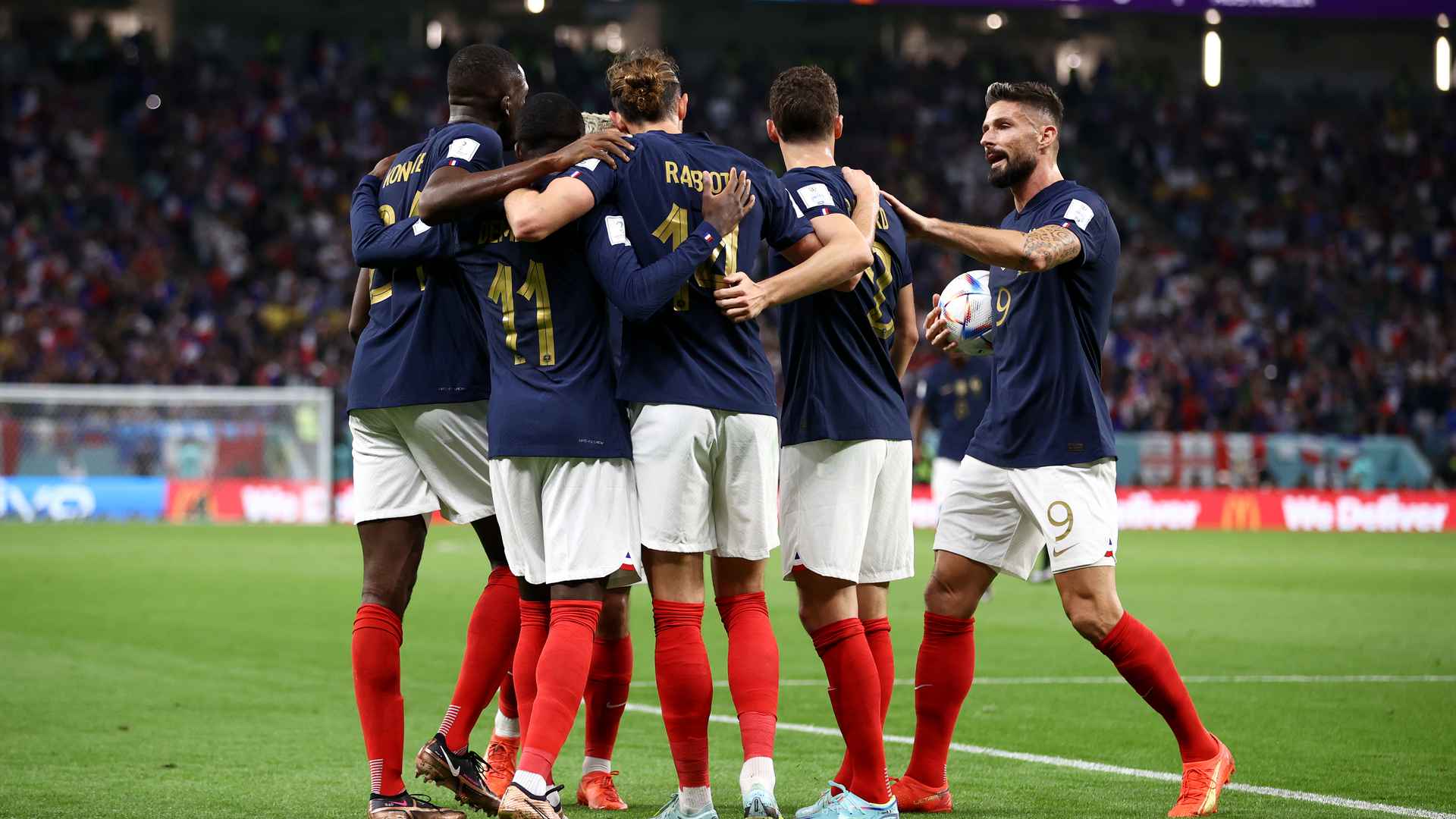 After the break, France continued to impose themselves on their Group D opponents, with Giroud connecting with a sublime acrobatic effort which flashed wide of the goal.

Mbappe went close again on the hour mark, exchanging quick passes with Giroud to send him in behind, only for Kye Rowles to intercept with a brilliant sliding challenge just as he pulled the trigger.

Les Bleus continued to search for a third goal, with Griezmann seeing a low effort cleared off the line, following good work by Hernandez down the left.

But just moments later, France did make it 3-1 through Mbappe, with the Paris Saint-Germain attacker rising high to glance Dembele’s header beyond Matt Ryan and in off the post.

A special moment for Olivier Giroud 🤩

💻🖥📱 Watch on @BBCiPlayer, listen on @BBCSounds, get more on the @BBCSport app#BBCWorldCup #BBCFootball pic.twitter.com/r5fvBerNCR