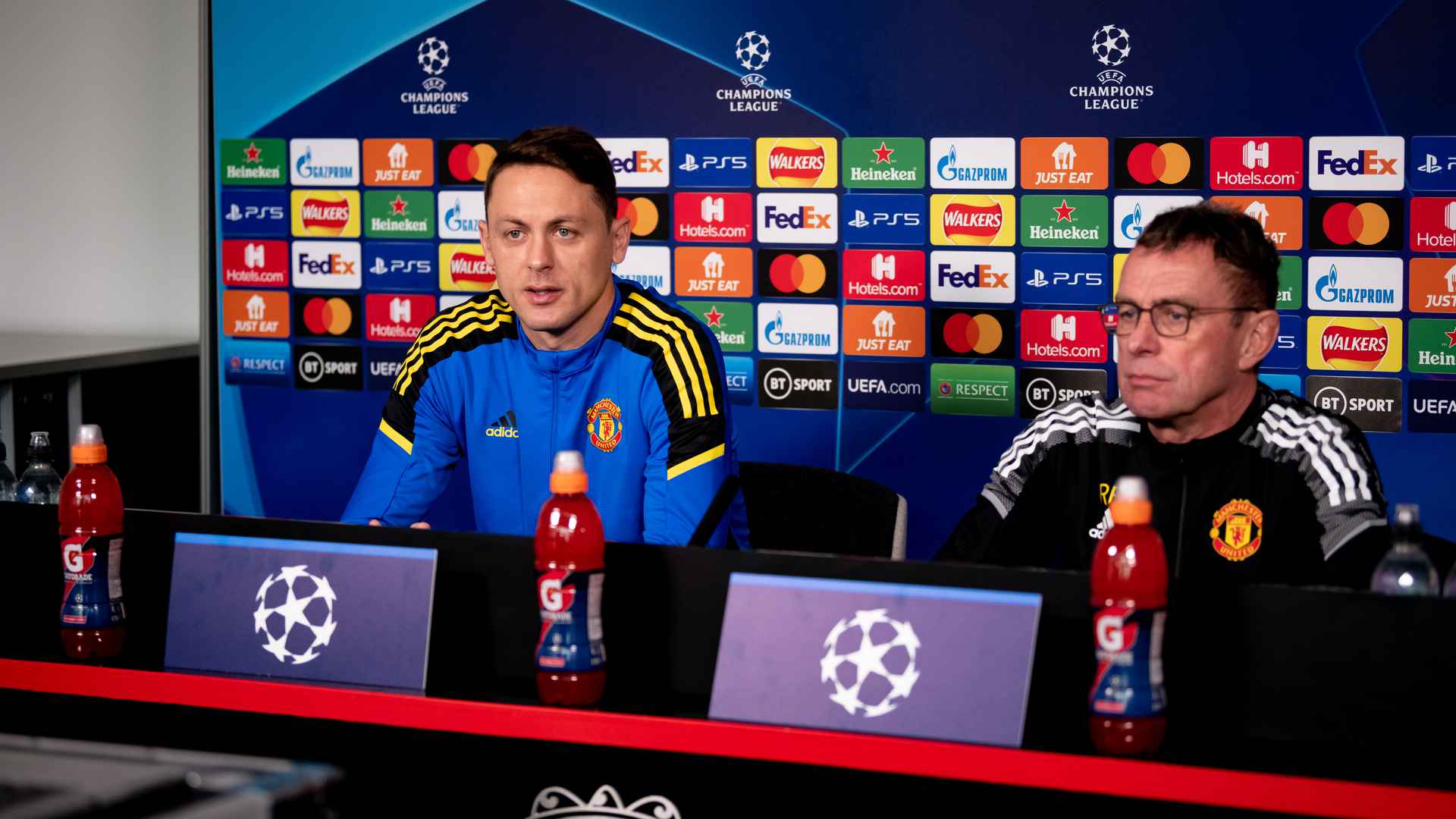 Can you give us an update on Anthony Martial’s condition – he didn’t seem to be training?
“Yeah, Anthony trained with us on Saturday in the final training session before the Crystal Palace game and half-an-hour after training the doctor and medical department informed me that he had some pain in his knee, and we had a meeting together with the doctor, with the medical department and Anthony, and we agreed that he should try to recover from that. It’s not a fresh injury, it’s symptoms he had in the past already, so we need to make sure that he is reducing the amount of the pain in the next couple of days and hopefully, [we’ll] have him back in training next week.”

You’ve talked about pressing and you’re bringing in a psychologist. How surprised are you that you have to bring this to a club of Manchester United’s status because surely both of these elements are the very basics you need to have any chance of winning trophies?
“Actually, I don’t know what the situation is like in England, in other clubs, but in Germany in the last couple of years, most clubs have employed a sports psychologist or mental coach, whatever you would like to call them. For me, it is absolutely logical. I didn’t have somebody like this [until] Hans-Dieter Hermann, the current sports psychologist of the German national team, back in 1998. Korb were probably the first club in Germany who had ever employed a sports psychologist, in him. For me, it’s only a question of logic, if you have special coaches for goalkeeping, for physical and education, even for strikers, for fitness, you also should have an expert for the brain. Not so much to put the players on the red sofa and hold hands with them because most of them won’t do that anyway, but for me, it’s about helping the players [know] that the brain should assist the body and not work against it. So, this is what it’s about for the players and even the coaching staff, everybody in our team should think in the right way, we all know what it’s about. When we speak about football, we know the major part is up here [in the brain], so, ‘what do you think? How do you analyse this situation?’ And therefore, I’m very happy to have Sascha on board, as I said, he’s a former Second Division player, he’s hands on, he’s not too much working with the theory, he’s hands on. He’s part of every training session. Having worked together with him in Leipzig, I know we could benefit a lot from him. It’s also as I said with the coaching and the coaches, of course, the coaches have to allow that. And for me, it’s vital that on top level, you should have the best possible person on this job.”

How have you found the confidence levels of the players since you’ve been in, because it’s obviously been a difficult start to season. Have you found that it’s something you’ve had to repair since you came in or have you found they have embraced the fresh start under you?
“As Nemanja said, if you win games, it’s the best way and the best tool to regain and gain confidence again. In the last four games, the team won three and had one draw, so we just need to keep going with the momentum. It’s about gaining confidence, believing in the way we’re playing, the players have to buy in. I can tell them what I want [but] I need to convince them, I have to get into their hearts, their brains, their blood or whatever, so they make my idea of football their own. The first step has been taken, it’s about the next steps now tomorrow, Saturday at Norwich, Tuesday at Brentford and then in the final game before Christmas at home to Brighton.”