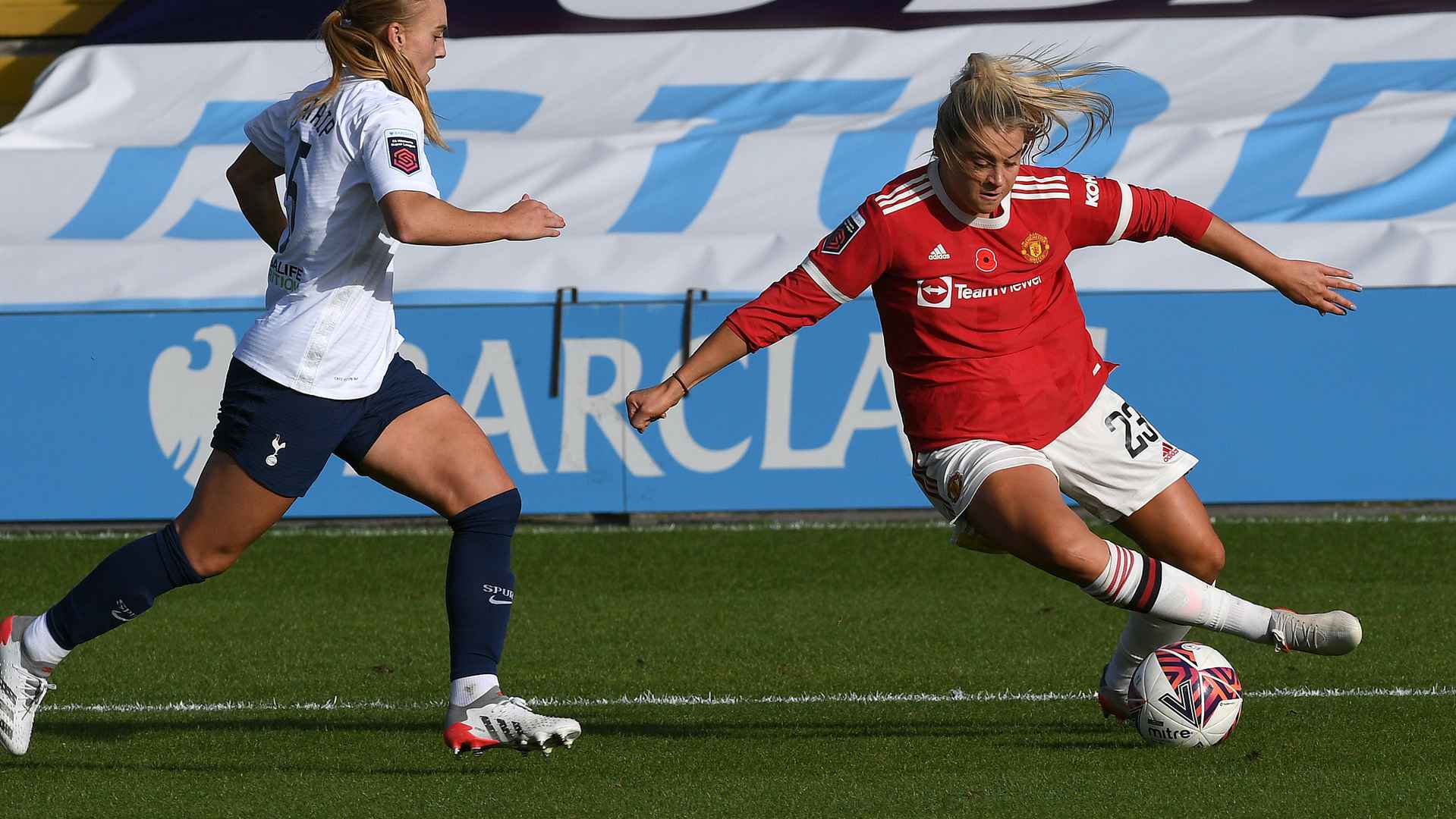 It was the hosts who fashioned the first chance within five minutes when Ashleigh Neville rolled the ball to Jessica Naz on the left flank. Tottenham’s No.7 tried a crafty shot from distance in a bid to catch out Mary Earps at her near post. But Earps, displaying the experience you would except from a keeper making her 50th appearance for the Reds, was alive to the danger and did well to put it behind given the double challenge of swirling winds and the low autumn sun shining towards her end of the ground.

Neither side was finding a real rhythm in the game, which was proving to be a battle being fought in midfield, but of the two sides it was United who were growing into the match better and starting to enjoy greater possession.

Chances for both sets of players were still at a premium, but the Reds thought they may have been in when Ella Toone returned a cleared Katie Zelem corner into the area. The ball found Leah Galton who could only head over the bar, but it wouldn’t have counted anyway as the assistant referee raised the offside flag.

Just under ten minutes before the interval, Russo created an excellent chance out of nothing. Receiving the ball from an Ona Batlle throw-in, she cut inside along the by-line and turned Shelina Zadorsky like the defender wasn’t there. Unleashing a shot, Tinja-Riikka Korpela in the Spurs goal could only turn the ball back into the danger zone. Galton had a crack on the rebound, but Ria Percival was on hand to deflect it away. The resulting corner caused more trouble for the Tottenham defence, but they eventually managed to scramble the ball away.

Into stoppage time, Russo had another effort and, on this occasion, gave Korpela no chance. Driving past two players, she took the ball into the area, where she was 1-on-1 with the last defender. Head down, she smashed a shot towards goal which beat the keeper for pace at the near post and crashed into the roof of the net to give the Marc Skinner’s side a half-time lead.