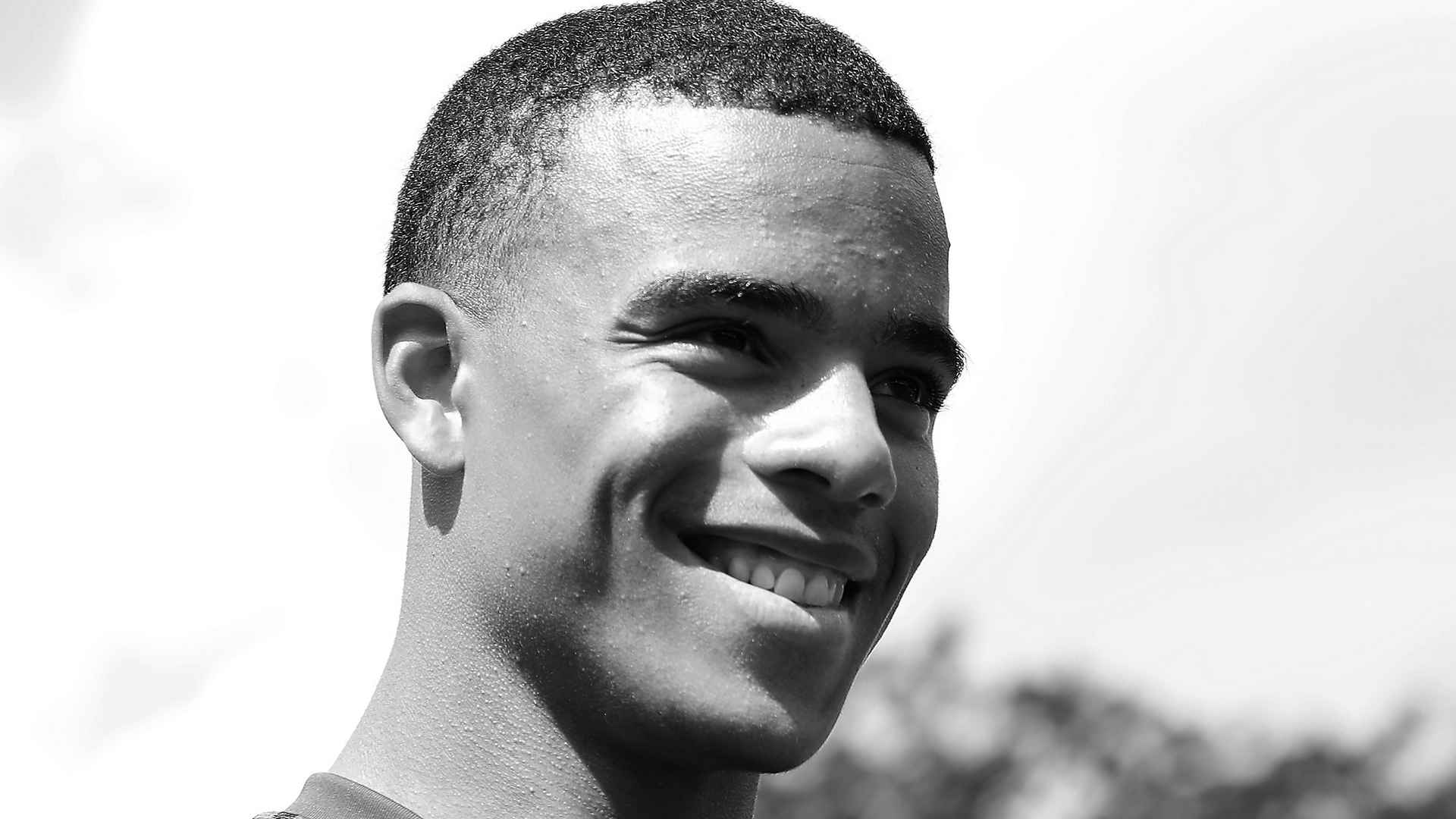 Dzaki M (Indonesia): Hello Mason, who your best friend in football and at United?

“My best friend? I’ve got a few but probably Jimmy. Teden [Mengi] is in there, Brandon [Williams] but probably James. We’ve been together since a young age, seven or eight years old, all through the Academy years. Now he’s come back after a good loan to United. It’s nice to see his face again and nice to be training with him.”

Charlie T (UK): Which celebrity would you most like to meet and hang with?

“That’s a good question as well, Charlie. Any celebrity in the world? Oof! For me, it’s got to be Usain Bolt. I used to love my athletics when I was younger. I used to love watching it with my parents and two sisters. He is a good inspiration, a world leader in what he used to do, it’s probably him.”

Kevin H (USA): What would you say is your guilty pleasure – maybe a TV show or a dodgy song?

“I’ve got a few songs. I don’t know the names of them but a few classic old songs. I can’t remember the name of them, but a few Oasis songs maybe. I don’t listen to them much but sometimes they might come on! But not much!”

Abhishek B (India): Hello Mason, how do you see your game developing over the course of this season?

“I just see it as I’ve got to work hard and do what I can to get into the team. Obviously, we’ve got a new signing coming in and a lot more forwards in the squad. It’s about fighting for my position and hopefully I can take my chances and score more goals this season, be the best I can be and show what I can at United.”

Pierre F (France): What are your personal goals for your entire career? And what are you going to set up to achieve them?

“Hi Pierre, it’s a good question. Probably just win a trophy at United. I’ve not won one yet. I’ve not won one in a while so probably the main goal really is not an independent goal, just a team thing. I’d love to win a trophy. I’d rather win a trophy and be successful than score millions of goals. At the end of the day, it’s a team game isn’t it? The trophies are the things that matter in the end.”

Keshav M (Mauritius): What do you make of the comparisons with Robin van Persie and what aspects of his game would you like to add to yours?

“Hi Keshav. That’s a great question. It’s nice if people think I play like him and shoot like him a little bit. For an all-time great like him, it’s nice to have that little thing that people say. I used to watch him at United and obviously at Arsenal as well. He’s a good quality striker. I’ve watched a lot of football games and a lot of Premier League strikers and obviously pick up a few things and watch a few clips. It’s a nice little comparison.”

George L (Kenya): Hi Mason, I would like to ask which is your stronger foot and has this changed over the years?

“Good question – I’d probably say my left. It used to be my right when I was younger. I used to use both when I was younger but used to use my right foot quite a bit more. Unfortunately, I got injured in a game in the Academy and was out for six or seven months. When I was going back, I was not as strong as on the other foot and now think my left foot is a bit stronger, cutting in from the right.”

Emma M (UK): If you could ask an ex-player any questions to help you develop, what would you ask and to who?

“Hi Emma. The question I’d probably go to with is Wayne Rooney. He’s done it all and is the leading scorer. I’d probably just ask him like not how he played because you can watch how he played, but any tips of how you can get in between defenders and how you can anticipate the game a bit more. Obviously, he scored hundreds and hundreds of goals for United. That would be the little question I would ask him.”

Faiz A (Indonesia): Who is the best celebration-maker in the club?
“Hi Faiz, I’d probably say Paul Pogba. He’s got a little bit of a dance move, hasn’t he? Him or Bruno, he’s got a good celebration. Obviously, Pogba has got a few little dance moves so it’s probably him.”

Red Devil (USA): Which superhero do you identify most with?
“I like watching a lot of DC and Marvel superheroes. I like, I think it’s Black Panther, I might be wrong but I like that superhero movie. It’s a good movie. Him or Spiderman as well.”