After grabbing a customary late goal to earn a hard-fought draw at Upton Park, Manchester United have a second chance to reach the FA Cup Fourth Round when West Ham visit Old Trafford in Wednesday night’s replay.

Sir Alex Ferguson will be keen to win back a trophy on which he has not had his hands since 2004, and will be confident of beating a team that manager Sam Allardyce describes as being down to ‘bare bones’ due to injuries at the back. 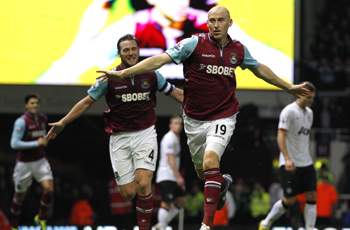 The Red Devils have an excellent record against tonight’s opposition, and had won eight of the previous nine before the original cup clash, so are unsurprisingly huge favourites at 3/10 (1.30) with Bet365 to ease to victory this time out.

The Hammers have not won an away game in the last five attempts, and seem unlikely to break that record here, at odds of 9/1 (10.00).

That draw at Upton Park was the first between these sides in 14 meetings, and you can get odds of 21/4 (6.25) if you are expecting lightning to strike twice and another stalemate to take place in this encounter.

United’s dominance over the Irons is particularly pronounced at home, where they have won each of the last five, scoring 13 goals and conceding just one in the process.

In fact, the 11-time FA Cup winners usually have victory wrapped up by half-time, and have been leading at the break in eight of the last nine meetings at Old Trafford, before going on to clinch the win. 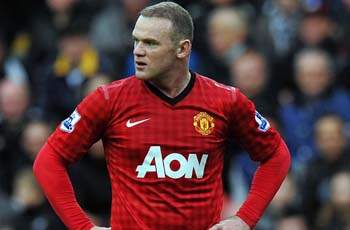 Odds of 8/11 (1.73) certainly look appealing for the hosts to continue that run against a depleted West Ham side tonight, and are undoubtedly where the smart money lies.

The visitors will be relieved should Ferguson choose to rest the irresistible Robin van Persie for this fixture, but the return of Wayne Rooney means that they cannot afford to rest on their laurels.

The boss has confirmed that the striker will play some part in the match, and he will undoubtedly be desperate to get his name on the score sheet after watching van Persie hog the headlines during his five-game absence through injury.

The stage is set for Rooney to mark his return with a goal, and at odds of 10/3 (4.33), it is certainly worth backing him to put the icing on the cake with the final strike.