Wilfried Zaha has made quite the name for himself in the Championship with Crystal Palace and is subsequently being coveted by the cream of the Premier League.

Arsene Wenger registered his interest in the prodigal 20-year-old back in November but as the January transfer window draws nearer to its conclusion, it appears Manchester United are on the verge of clinching the transfer of Zaha.

Indeed, Sir Alex Ferguson is expected to offer the south London club £17 million to take the wonderkid to Old Trafford. Zaha has scored five goals from 32 games this season playing the majority of his matches from wide positions and was rewarded by Roy Hodgson with his first England cap in a friendly against Sweden. 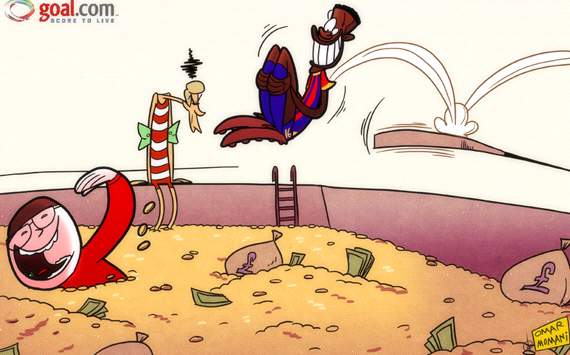