Robin van Persie scores when he wants. What started as a defiant chant by Arsenal fans last season has now been adopted by gleeful Manchester United supporters but, no matter who is doing the singing, they appear to be right.

The Dutchman has continued the blistering form which enabled him to light up north London last season, and on Saturday he notched his 20th goal of the season for United with a last-minute equaliser against West Ham.

Sam Allardyce’s men thought they had booked their passage into the FA Cup fourth round courtesy of two James Collins headers but, at the death, substitute Van Persie sensationally took a brilliant lofted pass from Ryan Giggs in his stride before rifling the ball low into the net with his supposedly weaker right foot.

The two sides will now have to do battle again to see whose FA Cup dream will stay alive, and only a fool would bet against Van Persie making the difference again. 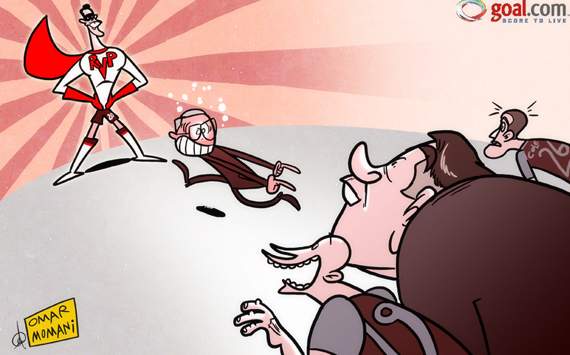