It doesn’t matter how passionately Chelsea fans protest, it seems that Frank Lampard’s days at Stamford Bridge are numbered.

With Roman Abramovich apparently pointing the club’s second all-time top scorer towards the exit door, the only question is where he will end up next.

Blues fans will be particularly disheartened to see the increasingly serious rumours linking the England international with a move to rivals Manchester United, and the Red Devils are currently favourites for his signature, at odds of just 13/8 (2.63) with Paddy Power. 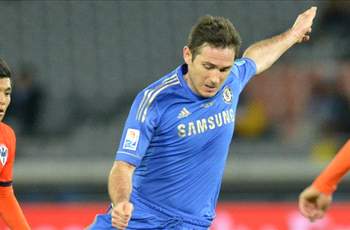 However, a move to Old Trafford may prove just too controversial for the Chelsea crowd favourite, who would not be short of other options should he wish to continue
his Premier league career.

Harry Redknapp would no doubt love to keep his nephew in West London, but with QPR’s top-flight status by no means secure, odds of 15/2 (8.50) seem a little short on him running out at Loftus Road next season.

Joe Cole has just returned to his roots at West Ham, but Lampard’s relationship with the fans at Upton Park was strained during his original spell there, so it is hard to see him joining his former team-mate in East London, at odds of 33/1 (34.00).

A move abroad seems like the most realistic scenario, and there are sure to be no shortage of takers.

Andrea Pirlo recently suggested that he would welcome the veteran ‘with open arms’ at Juventus, and you can get odds of 33/1 (34.00) on him joining the Italian champions.

Serie A rivals Inter and AC Milan would be certain to challenge La Vecchia Signora for his signature, and both are seen as having a slightly better chance at 25/1 (26.00) after letting go of some high earners this season. 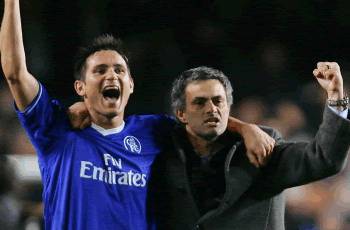 Jose Mourinho would undoubtedly jump at the opportunity of linking up with his former charge once again, but with the Portuguese boss seemingly on his way out at Real Madrid, a move to the Santiago Bernabeu looks improbable, at 33/1 (34.00) odds.

Chelsea’s second all-time top scorer is priced at 18/1 (19.00) to make a lucrative move to China, but the bad experiences of ex-teammates Didier Drogba and Nicolas Anelka in Asia may put him off that idea.

Similarly, Australia’s A-League is surely too big a step down for a player who still has plenty left to offer, so odds of 16/1 (17.00) on him heading Down Under are probably best avoided.

David Beckham’s departure from LA Galaxy has left a large, superstar-shaped hole in their roster, and Lampard could well be the perfect man to fill it.

At 35 years old in June, the midfielder may feel that it is time to follow Beckham, Thierry Henry, and Robbie Keane in joining the MLS revolution, so odds of 4/1 (5.00) seem to offer the best value on him moving Stateside.