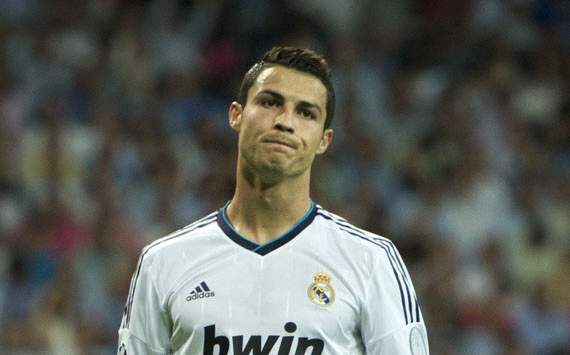 As uncertainty over Cristiano Ronaldo’s future at Real Madrid continues to grow, both Manchester United and Manchester City are closely monitoring the forward’s situation in Spain.

Roberto Mancini’s side have already made two separate enquiries asking for Madrid’s valuation of the Portugal international, while the Premier League champions are also willing to offer the 27-year-old £400,000-a-week in wages.

Ronaldo has remained quiet amid Manchester City’s interest but has already revealed that he misses the relationship he had with Sir Alex Ferguson during his time at Old Trafford and has hinted that he would welcome a return to his former club.

Sports manufacturer giants Nike are also in line to renegotiate their kit deal with United, which could help finance the club’s move for Ronaldo, although City are also changing their sponsorship to Nike as of next season.

Ronaldo’s potential destination could also be influenced by the situation of Jose Mourinho, who may see his spell at Real Madrid finish at the end of the season, and the Portuguese boss has already been earmarked by Ferguson as one of two candidates, the other being Pep Guardiola, to be the next manager at Old Trafford.

Manchester City are considering a loan bid for Barcelona forward David Villa next month once they receive a windfall payment from Chelsea for Daniel Sturridge’s move to Liverpool.

The Premier League champions are due to receive 15 per cent of the fee Chelsea get from selling Sturridge, which will be in the region of £2.5 million.

City have already been paid £5m from Chelsea through a tribunal case when Sturridge left for Stamford Bridge in July 2009, while the west London club also parted with another £1m when the 23-year-old gained his first England cap in November 2011.

Roberto Mancini will be restricted with the funds he’ll have available next month but the Italian is a big admirer of Villa and has already attempted to sign the 31-year-old on two separate occasions but was put off by the Spain international’s valuation.

City are also poised to offload Mario Balotelli in January, with AC Milan frontrunners for the striker’s signature, and Mancini is keen on adding Villa in a temporary deal to bolster his attacking options ahead of the title run-in.

Danny Welbeck is looking to seek clarification on his future at Old Trafford amid Manchester United’s interest in Dortmund striker Robert Lewandowski.

The 22-year-old signed a new four-year deal with Sir Alex Ferguson’s side in August after being handed a regular run in the first team which allowed him to establish a partnership with Wayne Rooney.

But with Robin van Persie’s arrival in the summer, Welbeck has been restricted to just six Premier League starts this season and is now considered fourth choice at Old Trafford behind the Netherlands international, Rooney and Javier Hernandez.

With Lewandowski’s possible arrival at United, Ferguson is already aware that the club will be unable to acquire the Poland international without selling one of his forwards.

RICHARDS CLOSING IN ON RETURN

Manchester City defender Micah Richards has stepped up his return from a knee injury and will resume full training with the first team next week.

The 24-year-old tore the meniscus in his right knee during City’s Premier League victory over Swansea City on October 24 and required surgery to fix the problem. Following his operation, Richards has been carrying out his rehabilitation programme in the gym at City’s Carrington training ground.

The Premier League champions have marked the middle of January as a possible return for Richards, which will come as a boost for Roberto Mancini as the Italian will be without Kolo Toure, who started at right-back against Sunderland on Boxing Day, for the majority of next month due to Ivory Coast international’s African Cup of Nations commitment.