Man of the Year

Carlos Tevez owes this award to Mario Balotelli. That is not to say that the Italian is a more deserving Man of the Year – it is the fact that if he had not kept his cool to assist Sergio Aguero for the Premier League-winning goal on May 13, everything would have been different for Tevez.

Starve a club of glory for 44 years and they will become desperate. Irrational.

Manchester City were slipping back in the title race when Tevez returned to action. Roberto Mancini, who is to tactical planning what a toaster is to lockpicking, relied upon individual brilliance to win games but most of his brilliant individuals were burned out.

So the Argentine’s comeback was a vital push. He did not score any of those vital goals in the final games but, by then, his work was done. He had reignited City. His orchestration of their 6-1 win at Norwich City in April was one of the most devastating performances of the season.

Rejuvenated, Mancini’s men stole the title from Manchester United in a fashion more dramatic than a 14-year-old girl’s Facebook messages. Everything was fine.

Fine? Why was everything fine? Why did City and all their fans just shrug and mutter “hey, crazy Carlos. What ya gonna do?”

Tevez refused to do his job and went on a golfing tour of South America for four busy months. That’s not adorably crazy, that’s grossly unprofessional. Setting your bin on fire and buying trampolines from John Lewis is adorably crazy.

So again, Tevez owes this award to Balotelli. If Super Mario hadn’t laid the groundwork for City fans accepting extraordinary behaviour, the Argentine would have been hounded out before he could slink back into training.

Instead, he is welcomed by all because, when he finally did bother to show up, he won them a trophy. Glory finally burying the body of football’s principles, stuffing its corpse roughly into a well-dug grave beneath the 18th green. Carlos Tevez is football’s Mr 2012. 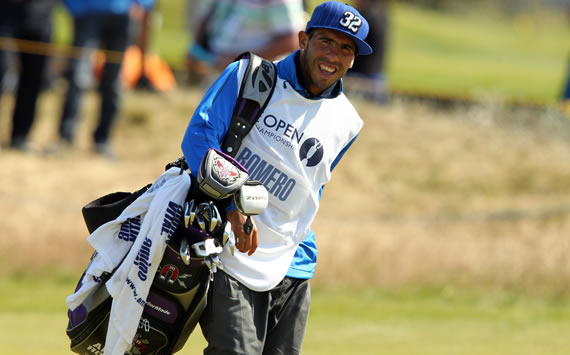 Quote of the year

“We’ve left ourselves a two-goal cushion to climb”

– Petr Cech after Chelsea lose 3-1 to Napoli in the first leg of their Champions League clash. Turns out that cushions are, in fact, easy to climb

A long, long time ago in a tax bracket far, far away… the CHELSEA EMPIRE is in chaos. On the planet Mustamfar Bridge, their once-mighty fortress is crumbling, spewing dodgy defending everywhere like lava.

ROBERTOBI-WAN KENODI MATTEO and ROMANAKIN SKYWALKER are waging a fierce duel across the fiery landscape, their lightsabers flashing and hissing like the VIP guests at a footballers’ Christmas party after midnight.

ROMANAKIN: Look at what you’ve done! You’ve destroyed the empire!

ROBERTOBI-WAN: You have done that yourself! Your anger and lust for power have already done that. By putting so much faith in that pathetic cartoon of a man, Fer Fer Torrinks, you caused all this!

ROMANAKIN: You were the chosen one!

ROBERTOBI-WAN: No, Romanakin, I was the only one left! I conquered the galaxy for you; we could have ruled it as father and son! But you wanted Han Guardiolo instead – he’ll never join you!

ROMANAKIN: I see through your lies! With you gone, I can bring peace, freedom, justice and security back to the Empire! If I build it, Guardiolo will come!

ROBERTOBI-WAN: Aligning with the enemy, Romanakin? I’ve got a bad feeling about that. If you strike me down, I will become more powerful than you can possibly imagine!

ROMANAKIN: Hardly. You’ll get the Swansea job when Michael Laudrup moves up the ladder, maybe.

A jump. A lightsaber flashes. Silence.

Photo of the Year 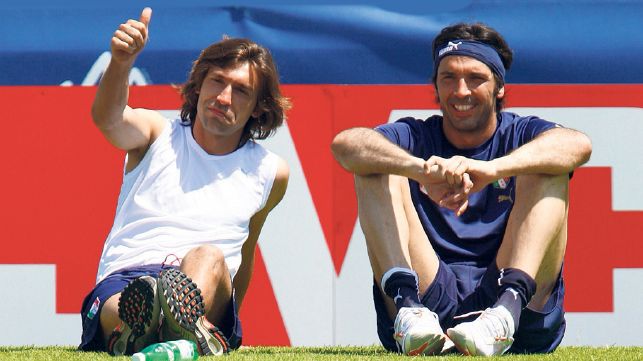 Euro 2012 was a solid tournament, perhaps a six-and-a-half or maybe seven out of 10. A good time was had by all, though more in the exciting group stage than the only-really-worth-it-for-Balotelli knockouts.

In future years, however, we will remember it as a marvel, a show-stopping explosion of footballing joy. For future editions of the competition will push upon our faces a pair of glasses so rose-tinted that bees will be trying to pollenate our eyes.

Having already done away with the plausibility of shocking group-stage twists by increasing Euro 2016 to 24 teams, Michel Platini promptly dismembered the soul of the tournament and scattered its twitching limbs across the continent for EuroTrip 2020.

So it was fun but now it’s gone. We’ll just have to pretend that Poland and Ukraine was the perfect send-off for a delightful but now essentially defunct institution – and there were some incredible highlights, like the Antonin Panenka comeback tour and Nicklas Bendtner’s pants.

Anyway, we’ll always have Paris. And London. And Munich. And Bucharest. And…

Hashtag of the Year
#cerealquest

Football is still learning how to deal with Twitter. The relationship has improved, undoubtedly, but there are plenty of flare-ups as the sport reluctantly gets to grips with modernity.

Who could forget the foul-mouthed rant from Ashley Cole as he labelled the FA a “#BUNCHOF[REDACTED]”? Or Rio Ferdinand accusing [REDACTED]? Or [REDACTED] Heskey [REDACTED] spoon [REDACTED]?

Twitter is a great force for good, uniting players, journalists and fans like never before. It can also be a horrible place, where anonymity makes morons feel brave enough to write racial abuse or post Photoshopped pictures of John Terry celebrating other people’s victories.

So thank you to Reading defender Sean Morrison for #cerealquest. The young centre-back has done as well as any Royals player following their promotion to the Premier League but he understood that he has a higher calling than just playing the game.

“First things first! The box itself is ridiculous!” he wrote when evaluating Golden Nuggets. “Draws you in from what feels like a mile away! Your eyes lock on and you can’t take them off! Till you grasp the box in your hands! Beautiful and captivating!

“Once the milk washes its self over this graceful cereal! Something amazing happens! It remains unexplained! The crunch of the little nuggets as you bite into them and the flavour of the luscious milk! BAFFLING! Best yet! … 4/5”

Thrilling and different, Morrison has proved himself the Froot Loops of footballers on Twitter. There can be no higher praise.