After Manchester United opened up an seven point gap at the top of the league on Boxing Day over rivals Manchester City, manager Sir Alex Ferguson looks as if he’s having the last festive laugh of the year.

With the reigning champions slumping to a 1-0 defeat away at Sunderland for the second season running courtesy of a Joe Hart howler, both Roberto Mancini and Carlos Tevez will be hopping mad at both the disappointing result and lacklustre performance.

Having been pipped to the league title last season, though, Ferguson, or Santa Claus in this case, will be wary of counting his turkey’s before they come home to roost in their pursuit of the league crown this term. For fans of fowl gags, Christmas has come early. 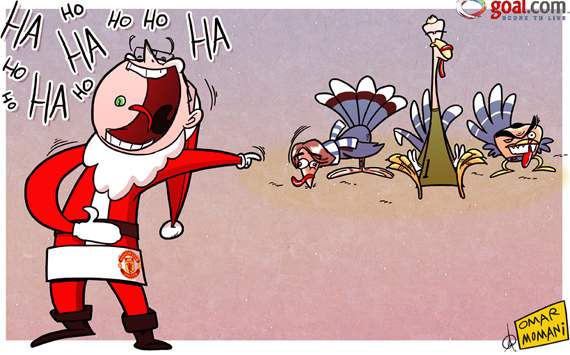