Representatives from the 16 remaining Champions League teams gathered in Nyon on Thursday, nervously awaiting the draw for the first knockout stages of this season’s competition.

The team that most teams wanted to avoid were Barcelona, and it was AC Milan who drew the short straw to set up a tantalising encounter.

The Blaugrana boast the upper hand in recent clashes against the Italians, and their imperious form means they cannot be ignored at 9/4 (3.25) with William Hill to go all the way in the tournament this year. 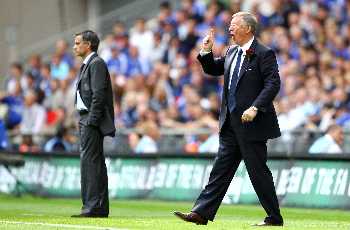 This unkind draw sees Massimo Allegri’s men drop to a huge 80/1 (81.00) to win their eighth European title, despite an upturn in results recently.

Only Real Madrid have won the trophy on more occasions than Milan, and their tie against Manchester United promises to serve up another fascinating spectacle.

Jose Mourinho is still fancied to become the first manager to collect a winners medal with three different clubs, as his side are available at 4/1 (5.00) to pick up a historic 10th title.

United have only ever beaten los Merengues over two legs once – way back in 1968, and Alex Ferguson’s unfavourable head-to-head record against Mourinho sees his side slip to 12/1 (13.00) to conquer Europe this season.

The Bavarians defeated Arsene Wenger’s men over two legs back in 2005, and outright odds of 7/1 (8.00) underline their status as serious challengers this season.

The Gunners have been unconvincing this season, and are serious dark horses at 33/1 (34.00) to somehow ‘do a Chelsea’ and win their first European Cup. 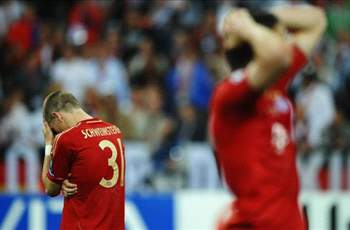 Perhaps more surprisingly, Bayern’s compatriots Borussia Dortmund are also priced up at 7/1 (8.00) to win the title, thanks to their impressive group stage performance and a slightly favourable draw against 33/1 (3400) outsiders Shakhtar Donetsk.

Opponents Juventus, on the other hand, have lost just a handful of matches in the last 18 months, and could be a decent outside bet at 10/1 (11.00) to return the trophy to Turin after 16 years.

Paris Saint-Germain’s new-found riches could put them in contention, especially with double Champions League winner Carlo Ancelotti in command and a very winnable draw against inconsistent 66/1 (67.00) Valencia to contend with.

The French side are available at a profitable 20/1 (21.00) to truly arrive on the European stage in style this season.

Sign up with William Hill for a £25 free bet